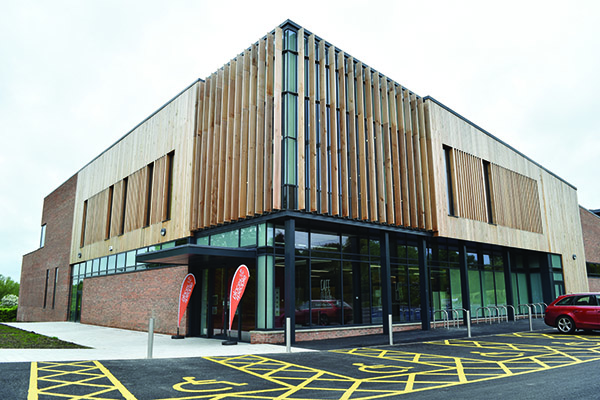 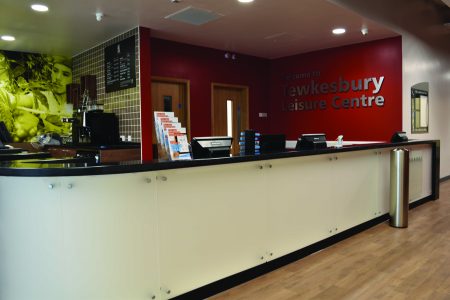 A multi-million pound project to replace an ageing leisure centre has been nominated for an RICS (South West) Award in the ‘Tourism and Leisure’ category. Tewkesbury Leisure Centre opened to the public on the May Bank Holiday weekend last year after an extensive design and build process that has now received deserved industry recognition.

The project was ten years in the making and part of a wider process by Tewkesbury Borough Council to review leisure facilities under their remit. With two major rivers running through Tewkesbury, adequate facilities to help teach children and adults to swim have always played an important role in the local community.

Speaking to Premier Construction, Asset Manager for the council Andy Noble gave an overview of the new centre beginning with why it was needed:

“The authority had a very outdated leisure facility within the town itself that had originally opened to the public in 1970. Obviously it had seen better days after over 40 years of operation and was costing the authority a great deal of money to operate. Rather than a refurbishment of this site, the authority looked at the feasibility of a new build facility.

“One of the problems we had with the previous facility was that it was limited in what we could offer. We had a high usage for the swimming side of things but a small gym side and extending this was not really an option.”

The new purpose built leisure centre has two swimming pools – one is a 25 metre, five lane pool and the other is a 20 metre, four lane training and teaching pool. The provisions of “fun features” were also included into the pool’s design to entertain children along with the availability of an inflatable obstacle course. Alongside that, on the ground floor there is a café, a small shop with swimming equipment and changing rooms. On the first floor of the building there is a 60-station gym with two dance studios, additional changing facilities and staff accommodation.

The project was delivered via the Scape Procure Framework; Project Managed by Pick Everard, designed by Pozzoni architecture and constructed by Willmott Dixon. It was important the building was modern in its design, stood out and was delivered to a very tight budget. The building is situated on a historic battlefield and a 1970s building is already on the site, while some Historic England views also had to be considered. It was therefore critical that the design meet these requirements but at the same time blended in with the other building on site.

“Feedback since the leisure centre opened has been extremely good. The centre currently has 2,200 members and an extensive programme of lessons attended by approximately 1,000 children a week. Around 30 schools also use the facility on a weekly basis. The customer support we’ve had has been overwhelming. Obviously there was a significant investment in the facility by the local authority that required a financial return and this has been met.

“It is extremely important that we have this facility. Tewkesbury is located very close to Worcester, Cheltenham and Gloucester – we’re sort of a midpoint between these three. Sport facilities within a 10 mile radius are few and far between so the previous facility was always well used and it was important this continued with the new centre.

“It’s fantastic to have this industry recognition now as well. It means that we’ve not only met community needs but have also demonstrated that our projects are respected in the industry.”