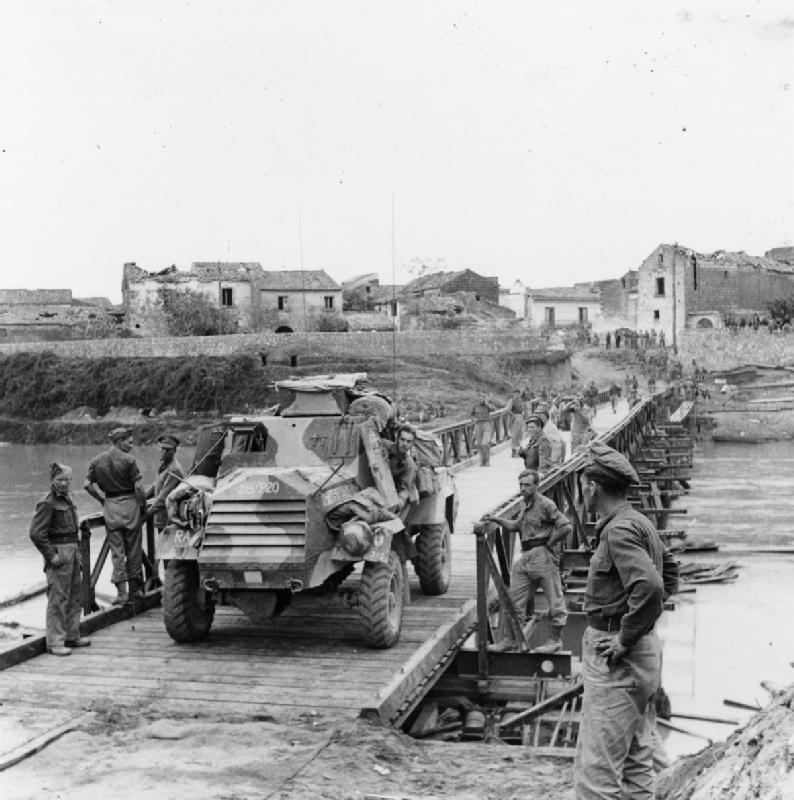 Leading bridge and engineering services specialist Mabey is celebrating the 75th anniversary of the iconic Bailey Bridge. As an original manufacturer, Mabey is calling for the first Bailey Bridge manufactured, which still stands in Rotherham today, to be officially recognised with an English Heritage Grade II listing.

First put into service during the Second World War, the eponymous modular steel bridge was invented by Donald Bailey, Civil Staff Engineer at the Experimental Bridging Establishment in Christchurch. Over the course of the last seven decades, its straightforward design has spurred a range of successors that are still used extensively around the world today.

Invented for military-use, the original Bailey Bridge was developed to be light, quick to assemble, and strong enough to carry large tanks or heavy vehicles. These principles continued with significant functional improvements, meaning, in its upgraded versions, it is still doing an effective job for the military decades later.

Much of its improvement can be attributed to Bevil Mabey, founder of Mabey Group, who invested in research and development, improved design and steel quality to develop a host of stronger, lighter versions which could be more easily sold and implemented. These progress from the Super Bailey in the 1960s, to today’s Mabey Universal; Compact 200 and the Logistic Support Bridge (LSB), which are used in more than 140 countries worldwide. Benefits of these new designs include increased span-length; heavier load capacities, and the ability to carry multiple lanes of traffic.

As a staple military solution with an adjustable ramp system, the LSB has been used by the US Army, US Marine Corps and US Navy Seabees on operations in Afghanistan and Iraq, and fifteen NATO member nations have either purchased the LSB or built it on operations. Mabey celebrated 20 years of NATO supply last year.

Michael Treacy, CEO Mabey Bridge comments: “The Bailey Bridge has had an unquestionable impact on modular steel bridging, while standing the test of time and decades of improvements. Over the last 75 years, its original design and subsequent improved derivatives have provided vital access for communities, maintained and enhanced supply lines for the military, and enabled construction to be carried out more quickly, safely and efficiently across the world. The bridge has benefited a huge range of people, from those living in major cities, to indigenous communities in developing countries. It is one of the landmarks in modular bridge engineering and it deserves to be formally recognised and celebrated.”

More than just a bridge

Alongside its use in the military, ease of construction means that the Bailey concept has also played a vital role over the years in the development of civil engineering, providing critical connections and vital supplies to people across the globe.

This includes enabling children to get to school, helping medics access remote areas, allowing business owners to reach new customers, and aiding communities in the wake of natural disasters such as floods or earthquakes.

Examples include the supply of emergency bridging to Kashmir in Pakistan following a catastrophic earthquake. As part of aid efforts, the British government supplied around thirty Mabey C200 bridges. This is alongside Mabey’s ongoing work in Africa, providing Mabey C200 bridges to connect communities in areas like Tsomo, Thabane, Bengu and in the Congo.