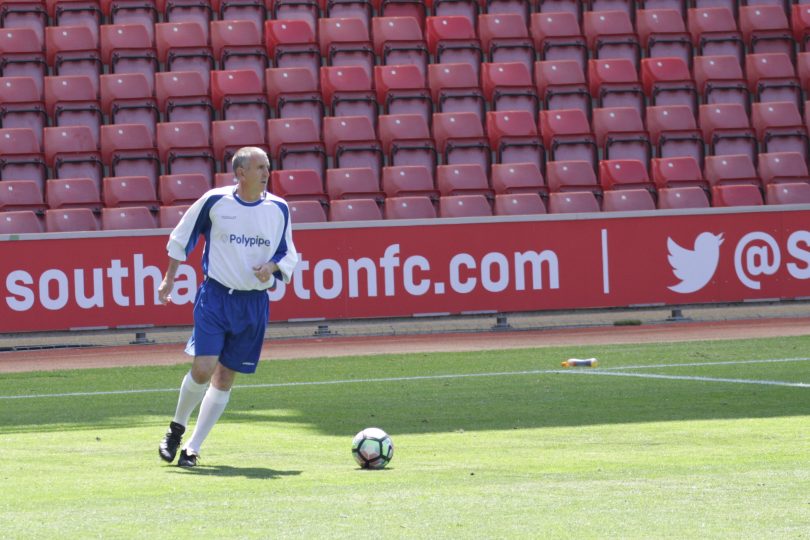 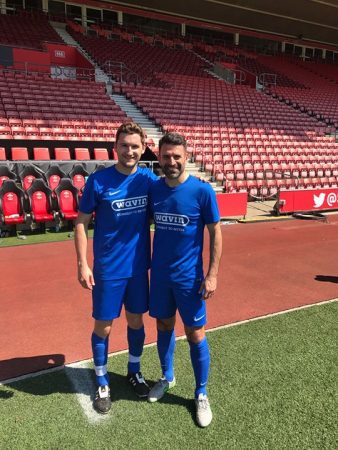 Football legends including Darren Anderton, Paul Walsh, John Salako and Jan Molby ran out onto the St Mary’s pitch alongside staff from Rudridge, which is based on the Coxbridge Estate in Alton Road.

Rudridge, which organises the annual event with help from former England player Cottee, was joined by a number of its customers and suppliers from across the country.

In total, 10 teams – each of which included one of the ex-pros – competed in a series of matches throughout the afternoon testing their skills and prowess alongside the legends.  A smoothie bike station was on hand to help competitors get warmed up and keep them refreshed.

The tournament was not without drama on occasion with ex-Manchester City and West Ham United player Steve Lomas being given a red card for dissent, proving that the ex-professionals remain just as competitive as ever.

alan Betteridge, Director at Rudridge, said: “Once again the event was hugely enjoyable and a great success.  I’d like to thank everyone who took part, the footballing legends for showing us all how it is done, and the wonderful staff at Southampton FC for making us feel so welcome and taking caring of us all during the day.

“I can’t claim we filled the 32,505-seater stadium to capacity, but we did have a lively group of spectators cheering us on!”