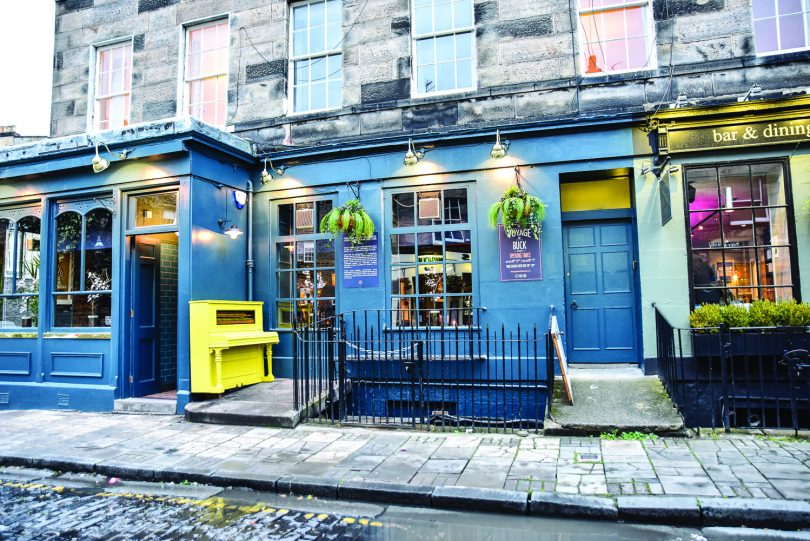 The Voyage of Buck 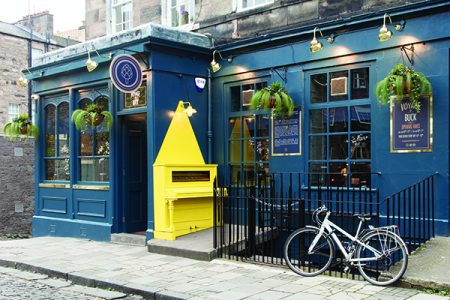 The Voyage of Buck is a brand new bar and restaurant that takes guests on an epicurean expedition. Step back in time to the early 1900’s and join host William “Buck” Clarence at his home, 29-31 William Street in the heart of Edinburgh’s fashionable West End.

The Voyage of Buck’s story begins when young William, then residing in London, fled the UK with Prince Albert Victor following the Cleveland Street Scandal of 1889. After many years travelling the globe, Buck returned to his beloved Edinburgh bringing with him some flavours and experiences from his travels.

Big Red Teapot – the creative team behind the city’s award winning bars The Blackbird, Treacle and Hamilton’s have shaken up the West End with the opening of The Voyage of Buck. Visitors are able to dine from 10am starting with breakfast right through to dinner finishing at 10pm.

A weekend brunch menu welcomes shoppers and residents of the West End. The menu includes small plates, large plates and sweet plates allowing people to select a number of dishes to share with friends or larger main dishes to keep for themselves. Dishes include organic meats, seafood, gluten free and vegetarian dishes with informed staff to help if needed.

The menu changes monthly ensuring that only the freshest and most seasonal local ingredients are served – as would have been the case in Buck’s 1900’s Edinburgh, of course.

There is no doubt Buck would approve of the stylish all day cocktail bar and restaurant. The stunning refurbishment pays homage to Buck’s exceptional eye for detail and appreciation of design, with a colour palette of blue, mustard and vintage gold inspired by the Edwardian era. A mixture of tables and art-deco style furniture allows for 60 covers to eat and drink including space at the marble topped bar. Dotted throughout are artefacts, treasures and antiques from Buck’s tours as well as a nod to the maverick artists of today.

The cocktail list is inspired by Buck’s travels to Paris, Taipei, Cairo and Havana, with each city having its own suite of drinks, from sours, bucks and punches to sharing drinks and original creations – starting from £7.50.

Representing Taipei the “Anna May Wong” named after the American born actress who became the poster girl for Asian actresses in Hollywood in the 1920’s and 30’s. She’s an inspirational figure credited with changing stereotypes of Asian women at this time (Tanqueray 10, Plum sake, Purple shizo, Cocchi di Torino, preserved lychee). 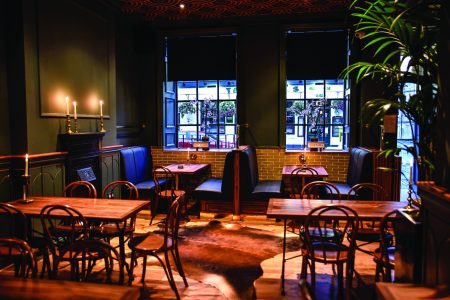 Born in 1864, Buck was a philanthropist, polo player and travel companion of Prince Albert Victor, Grandson of Queen Victoria. Educated at Edinburgh and Cambridge, Buck’s love of travel began after he was embroiled in the Cleveland Street Scandal of 1889 and fled London with The Prince to begin a Royal tour of India.

He was made Honorary Major, 4th Regiment, Bengal Infantry where he lived as a guest of the Maharaja. After many global adventures, Buck returned to his beloved Scotland in 1900 and continued to support music and theatre and was a patron to many young performers of the day.

When visiting friends in Paris, Buck enjoyed spending time on the left bank and Montmartre, rubbing shoulders with creative giants, Jean Cocteau, Jean Paul Sartre and Gertrude Stein. They drank daisies, sours and Hi-balls whilst frequenting Harry’s Bar and Les Deux Magots. It was around this time that friend Ernest Hemmingway described Paris as “a moveable feast.”

With many investments in Asia, Buck often travelled along the Silk Road to gather textiles, art and Chinese medicine. The bourgeois ideas and modernist thinking from Europe arrived in Taiwan along with the merchants and travellers. Buck could often be found at Dadaocheng Pier drinking the various popular teas, painting and fully immersing himself in the beautiful city of Taipei.

When in Cuba, Buck was often at The Hotel Nacional or drinking cocktails at La Floridita or Sloppy Joe’s. He became firm friends with Mary Pickford, Clark Gable and Douglas Fairbanks with whom he shared Daiquiris, Rickeys and Planters Punch to excess. He also enjoyed the ballet, Trova guitar bands and H. Upmann cigars.

After the discovery of King Tutankhamen’s tomb in 1922, Buck and his friends followed the trend towards all things Egyptian. They indulged in all the flavours, aromas and behaviour previously reserved for the Pharaohs.