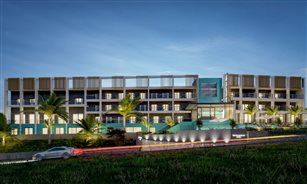 Acting on behalf of the directors for the Royal Hotel, Woolacombe, property consultancy JLL brokered the sale of the business, which comprises a 100-bedroom hotel set in two and a half acres on the approach to the award-winning beaches of Woolacombe.

The hotel, which had been family run for several years, has been bought by NPD to join its growing portfolio of hotels across the UK.

Michael Easton, of JLL in Exeter, who handled the sale, said: “The Royal Hotel is a substantial property with views across both the coast and National Trust land. A hotel of this size is rarely available in the West Country and we are delighted it has been bought by a company looking to make significant and necessary investment to protect its future for many years to come.

“The sale was agreed after a short period of open marketing and we worked with both parties to set out a workable timetable to completion. This resulted in our clients enjoying a final summer season and the new owners having scope to make improvements in the off-season.

“The market for larger hotel stock in the West Country remains strong but a lack of supply is of concern, leaving buyers frustrated.”

Richard Lewis, CEO of NPD Hotels, added: “We are establishing ourselves in the UK market and The Royal Hotel represents our 11th acquisition with more soon to be announced.

“Over the coming months we plan to undertake a comprehensive scheme of renovation and refurbishment to breathe new life into what is a fantastic property in a superb location.”