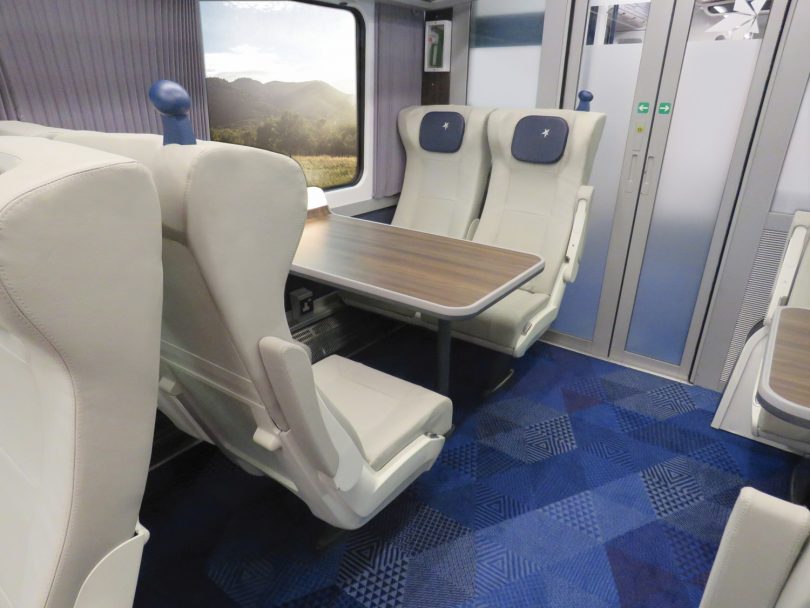 Train company TransPennine Express (TPE) is introducing brand new services for customers on the routes between Middlesbrough and York and also Hull and Leeds.

The additional trains are being brought in as part of a major timetable change taking place on 10 December 2017 and will include extra services in the evening.

As a result of the enhancements, Hull will gain a new later departure on Saturdays at 2207 for Leeds calling at Brough and Selby.  This new service will arrive into Brough at 2218, Selby at 2238 and Leeds at 2303.

On Mondays to Fridays Middlesbrough will gain new late evening services.  A new later service will departure Middlesbrough at 2250 for York, calling at Thornaby at 2255, Yarm at 2305, Northallerton at 2323 and York at 2354.

In addition, the current 1922 Liverpool Lime Street to York service will be extended to Middlesbrough Monday to Fridays.  This newly extended services will call at Northallerton at 2158, Yarm at 2212, Thornaby at 2221 and Middlesbrough at 2232.

The additional services have been introduced to improve the connectivity of rail services across the North, with customers being able to enjoy a later evening out prior to returning home by train.

This is a significant move towards delivering the Great North Rail Project, including more than 2,000 more services per week by 2020, improving capacity and better connecting customers with business, leisure and tourism opportunities.

Fast free Wi-Fi is also being installed in both Standard and First Class as is a brand new entertainment system, Exstream featuring news, films and TV shows, including selected episodes of Games of Thrones, League of Their Own and Coronation Street.

Leo Goodwin, Managing Director for TransPennine Express: “We are thrilled to be able to bring in new journey opportunities for those travelling between Middlesbrough and York, Hull and Leeds and the stations in between.

“These new services will really provide more choice and greater flexibility for our customers, particularly those planning an evening event and would prefer to return home by train rather than drive.”

Rail Minister Paul Maynard said: “I am delighted to welcome this significant milestone for TransPennine Express services between Middlesbrough and York and also Hull and Leeds. This is a key part of the Great North Rail Project and demonstrates our commitment to transforming rail services across the region and to put passengers at the heart of everything we do.

“Across the north, in just a few years, we will see even more new services, new carriages and space for 40,000 more passengers a day. This is all part of the biggest investment in transport in the region for a generation.”

Councillor Liam Robinson, Chair of Rail North: “These franchise deliveries mark the start of a series of significant enhancements to rail services in the North and will make real differences to people’s lives. Rail North will continue to work closely with TPE and our other regional train operating companies to ensure the good news keeps coming.”

Councillor Don Mackenzie, Executive Member with responsibility for transport at North Yorkshire County Council, said: “We welcome the improvements to evening services, which will help the Selby and Northallerton night time economies.”

Tees Valley Mayor, Ben Houchen said: “TransPennine services provide important direct rail links between the Tees Valley and other important centres across the North of England. I welcome these enhancements which will further improve our connectivity and also facilities for passengers and I look forward to further improvements planned to TransPennine services next year.”

TPE are delivering an investment of £500million over the next three years in enhancements including new journey opportunities and 13 million more seats per annum.

Full details of all train times and fares can be found on line at: www.tpexpress.co.uk/travel-information/train-timetables/