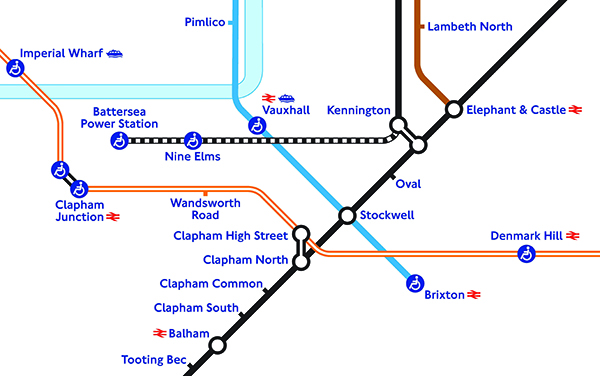 Transport For London’s major extension to the Northern Line continues to make steady progress with a number of significant milestones reached in 2017. When complete, the Northern Line Extension (NLE) project will see the line run to Battersea, helping regenerate the Vauxhall, Nine Elms and Battersea areas.

Up to 25,000 jobs and 20,000 new homes could be created as a result of the extension while journey times from Nine Elms or Battersea to the West End or the City will, in some cases, be less than 15 minutes.

The go-ahead for the NLE was first given in 2014 and preparatory works began at the main work sites in spring the following year.

In 2017 the NLE moved a significant step forward as tunnelling work to extend the line to Battersea began. Two giant tunnel boring machines, known as Helen and Amy, were lowered 20 metres below ground in Battersea in February. Helen began her 3.2km tunnelling journey a few months later in April while Amy set off in May.

Six months later a major breakthrough was achieved as Amy broke through at Kennington, meaning two 3.2km tunnels from Battersea Power Station have now been built. As the 100 metre long tunnelling machines advanced forward, nearly 20,000 precast concrete segments were put in place to form rings to line the tunnels. A conveyor system then took the spoil from the tunnels up to barges on the River Thames. During the course of their journey, Helen and Amy excavated more than 300,000 tonnes of earth, which was subsequently transported to Goshems Farm in East Tilbury, Essex, saving thousands of lorry journeys from the Capital’s roads. The earth has been used to create arable farmland.

Each machine was capable of tunnelling up to 30 metres a day with teams of around 50 people operating them.

“Today’s breakthrough is a momentous moment for a project that is going to bring huge benefits to south London. The Northern Line Extension is not only going to make travelling to Battersea and Nine Elms easier, it’s also going to bring tens of thousands of new jobs and homes to the area. It’s another great example of why new infrastructure is so vital to London’s success and the wider economy.”

The extension, targeted for completion in 2020, is the first major extension to a Tube line since the Jubilee line in the late 1990s. Work on the new stations at Battersea and Nine Elms is progressing well and services on the Northern line have continued uninterrupted while the work has taken place. The full cost of the Northern line extension is expected to be up to £1bn, which is being funded entirely through contributions from the developments in the area that will benefit from the extension. 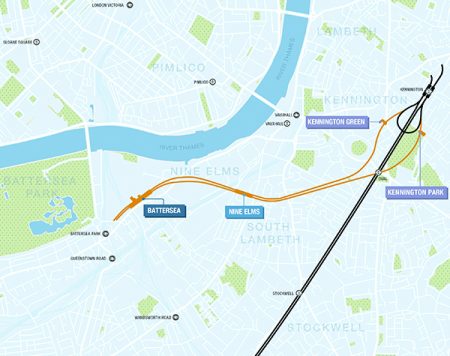 Rutherford Global Power are world leaders in the supply of high voltage and low voltage electrical systems for the construction, tunnelling and mining industries.

Rutherford Global Power were delighted to be awarded the contract to supply Ferrovial Agroman Laing O’Rourke Joint Venture (FLOJV) with the complete scope of works for the high voltage and low voltage temporary power, both for the surface works and below ground into the tunnels.