The boss of a family-run window company is racing to raise £2,000 to be freed from “jail” as part of a fundraising campaign for the Douglas Macmillan Hospice. 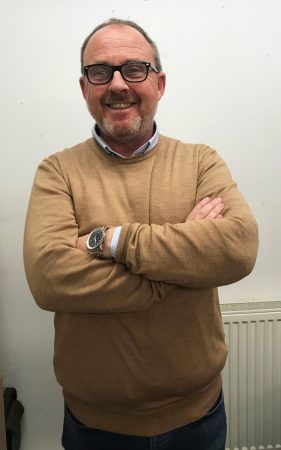 Guy Basnett, director of Stone-based Target Windows, has bravely signed up to take part in the hospice’s 2018 Jail or Bail Challenge – which will see him “locked up” on February 14.

Mr Basnett will be among several Dougie Mac inmates to be found guilty of an entirely fictional crime before being taken into “custody”, photographed and banished to an undisclosed location. They will only be given their freedom if they can provide proof of fundraising to the value of at least £2,000.

Mr Basnett said: “I think everyone in Stoke knows someone who has been cared for by the Dougie Mac. We are an official corporate partner for the hospice and such a great charity deserves as much help as it can get. We jumped at the opportunity to help.

“I love the idea of the campaign – it’s fun, different, and I don’t even need to shave my head! Hopefully I can fundraise my way to freedom!”

The Jail or Bail campaign is being held on February 14 to celebrate the 45th anniversary of the hospice providing local care to local people. The aim of the campaign is to raise £32,000 – the cost of funding the services provided by the Dougie Mac at the hospice in Blurton and across the North Staffordshire community.

To donate, visit jailorbail.everydayhero.com/uk/target-windows, call 01782 398021 or pop into a Target Windows showroom in Stone or Uttoxeter.