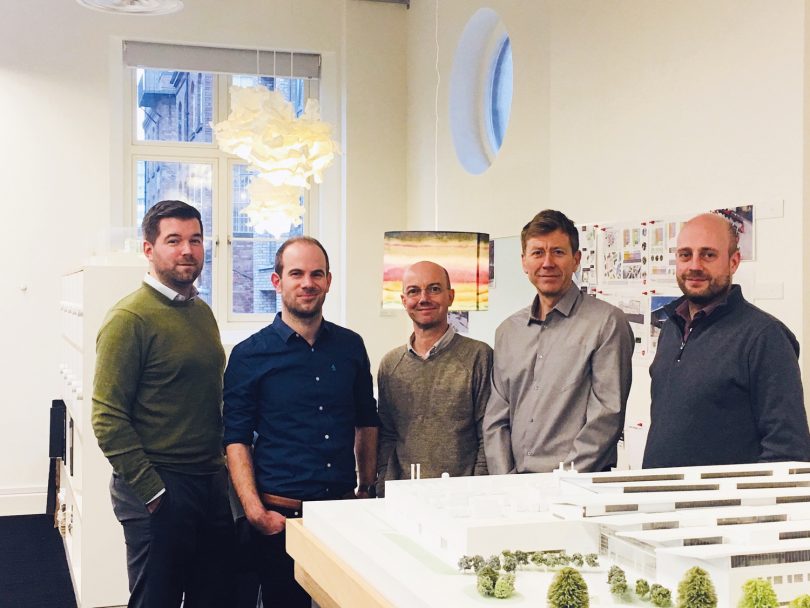 They are Andy Purvis and Leo Ward, both based in Nottingham, Lee Smith in Derby and Tim Boxford in Leicester.

The promotions are as a result of maber’s continued success and a string of major instructions on significant projects across the UK. The company’s business plan sets ambitious growth targets, and the strategy is to give key individuals a stake in the business in order to encourage long term commitment to the company. The practice, which was originally formed in Nottingham 35 years ago this year has always relied on organic and sustainable growth driven by a motivated team. This ethos is embedded in each of its five offices, which include Birmingham London, Derby and Leicester, as well as its headquarters in Nottingham.

Managing Director Mark Hobson said: “These appointments are in recognition of the significant contributions that all four have made to the success of the practice. They also strengthen our accountability structure and provide more resilience on projects for the benefit of our clients. Perhaps most importantly, they add new lifeblood to the management team, which will help to ensure our continued growth and success.”

Lee Smith joined maber in 2005 and heads a design team that has delivered successful commercial and education sector projects.

Andy Purvis joined the practice in 2004 and describes himself as a design-driven architect.

Leo Ward came to maber in 2011, having previously worked in London, and now works with a small team heading up projects.

Tim Boxford joined the practice in 2012, having previously worked elsewhere in the East Midlands, Birmingham and New Zealand.

Maber is an architectural practice with bases in the Midlands (in Nottingham, Derby, Leicester and Birmingham) and London. Founded in 1983, it has a growing team of 70 qualified professionals, specialising in architecture, landscaping and interior design. The firm has an established reputation in the education, sport, industrial, leisure, retail, culture, residential, workplace, commercial and health sectors.