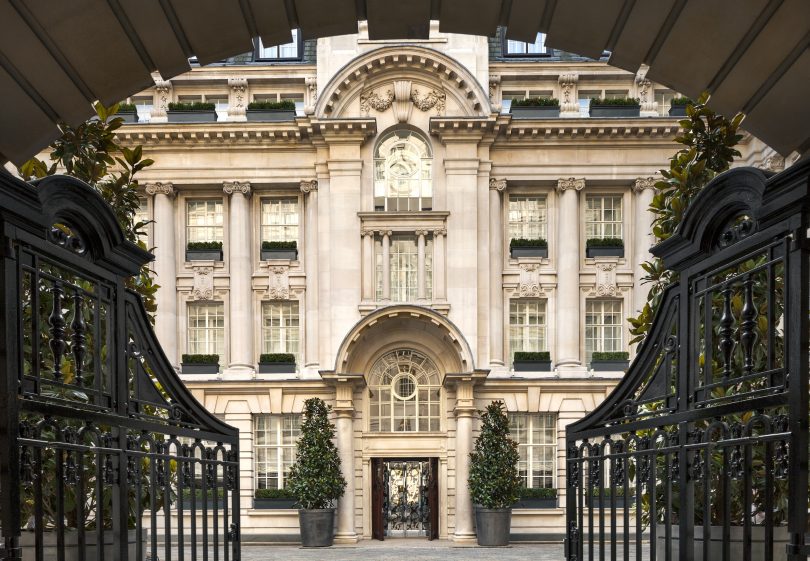 Rosewood London is pleased to announce the appointment of Martin Cahill as Executive Chef at Rosewood London.  Commencing the role on Monday 23rd April 2018, Martin Cahill will oversee the luxury hotel’s kitchens and restaurants including the popular Scarfes Bar and elegant Mirror Room.

Martin has had a global career in hospitality, having worked in numerous high profile and luxury hotels across the Americas, Asia and Middle East. Martin boasts ten years experience with Mandarin Oriental in Asia, where he joined as part of the reopening team, and in Taipei, where he worked as Executive Chef. Most recently at DUKES Hotel in Dubai, Martin was responsible for the smooth running of the operations in his role of Executive Chef, managing nine F&B outlets and leading a team of 65. As part of the pre-opening team, he also successfully participated in launching the first DUKES Hotel in the UAE.

In his new position, Martin will be responsible for overseeing and managing the kitchens’ daily operations, and ensuring culinary excellence at all time.

He comments: “I am delighted to be joining Rosewood London, as I make a return to the UK’s hospitality industry. I believe it is one of London’s most stunning hotels, and I look forward to bringing my knowledge and experience to enhance its culinary offering. Rosewood London has such a vibrant and dynamic kitchen team, and it will be a pleasure to work alongside them.”

Martin takes over from Amandine Chaignot, who – after three years at Rosewood London – has taken the decision to leave her position. Under Amandine’s creative direction, Rosewood London has seen great successes in its culinary scene. Michael Bonsor and his team are thankful for her time and dedication, and look forward to welcoming Martin to the team.

Calum Franklin will remain at Rosewood London as the Executive  Chef at Holborn Dining Rooms.