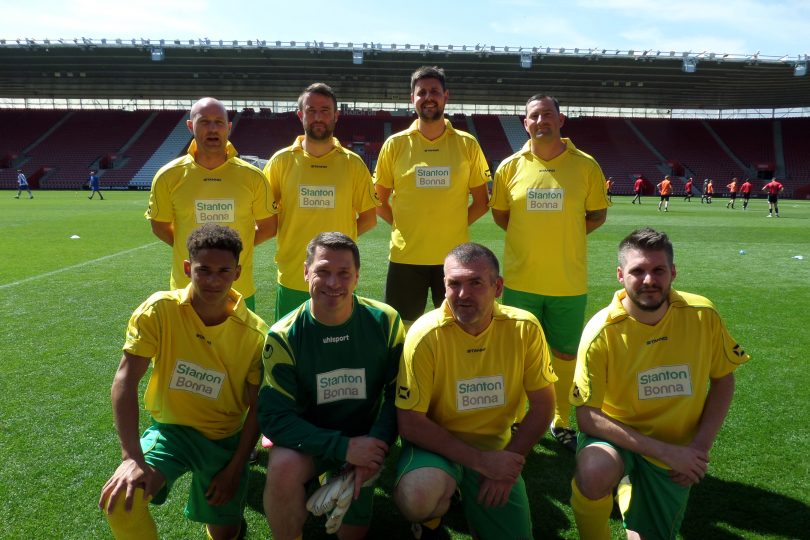 Playing alongside Rudridge’s staff were a number of former football pros and international legends. Amongst them were Franny Benali, who spent most of his playing career at Saints, Paul Walsh, Michael Thomas, John Salako and Matt Le Tissier.

Rudridge organises the annual event with help from former England player Tony Cottee. The company was also joined by a number of its customers and suppliers from across the country.

In total, 10 teams – each of which included one of the ex-pros – competed in a series of matches throughout the afternoon testing their skills and prowess alongside the legends.

“Our annual seven-a-side football event is always a hugely enjoyable and competitive event. It is great to see everyone getting into the spirit of things and taking on the former football pros with such enthusiasm and determination. Congratulations to Stanton Strikers, who really gave the rest of the teams a run for their money.”