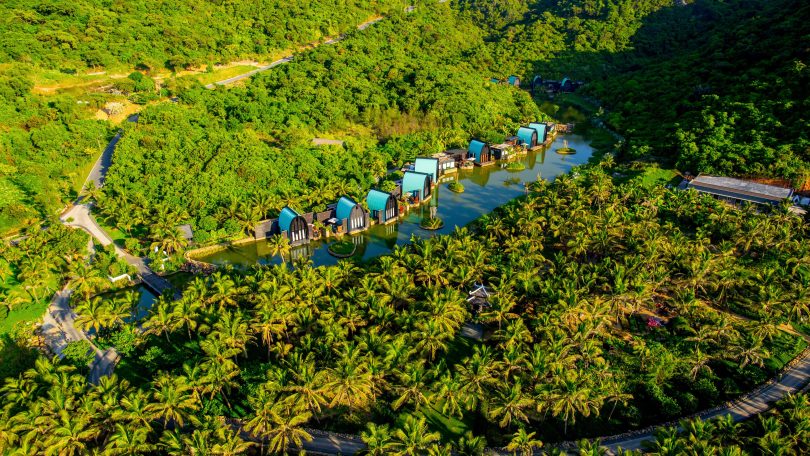 The World Luxury Spa Awards are regarded as the pinnacle of achievement for luxury spas worldwide. The awards were established as a celebration of ultimate achievement in
service excellence. Award winners typically set the benchmark for luxury spas on the global front in achieving recognition for exceptional service. This year, the awards were presented to luxury spas in 32 different categories, in more than 40 countries across the globe.

Nestled within the InterContinental Danang Sun Peninsula Resort, HARNN Heritage Spa is the ultimate rejuvenation oasis. This little sanctuary is a slice of heaven within the peninsula itself, offering a temporary escape from the chaos of urban living with eight specially designed treatment villas, set on a tranquil private lagoon.

Inspired by the practice of traditional Asian medicine and naturopathy, each HARNN treatment is thoughtfully designed to enhance wellness. Only the finest botanical ingredients are used to create restorative harmony and health. The spa’s signature therapy, Journey of Marble Mountain, is based on the principals of Dong Yi (traditional oriental medicine), and is aimed at redressing the balance of yin and yang.

“We are thrilled that there is a programme to serve as the definitive benchmark of excellence for the spa industry as the World Luxury Spa Awards.” said Juan Losada- General Manager of InterContinental Danang Sun Peninsula Resort, “to be recognised in this year’s awards as Vietnam’s Best Luxury Spa Retreat is truly a result of the thoughtful and worldclass service and unforgettable experiences we deliver to our guests every day”

Prior to this, HARNN Heritage Spa had already attained numerous accolades such as Global Spa of the year 2017 by World Luxury Spa Award, Asia’s Best Resort Spa by World Spa Awards 2016, to name a few.