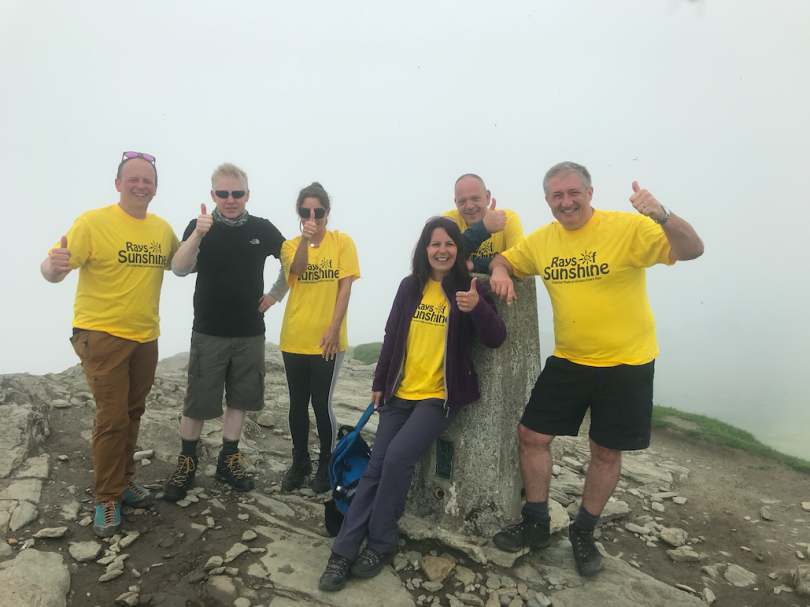 Jupiter Hotels Cluster General Manager for Scotland, James Fraser, spoke of the group’s accomplishment, “The team and I felt passionately that we wanted to do something special and raise money for Rays of Sunshine after seeing some of the amazing things they do for poorly children and their families. This climb was definitely a personal mission for all of us but something we are really proud to have completed together.”

Commenting on Jupiter Hotels Scottish General Manager’s amazing contribution, Jane Sharpe, CEO for Rays of Sunshine said, “Rays of Sunshine is honoured and grateful that the Scottish General Managers have climbed such great heights for us and raised a fantastic amount for the charity. It is only with the support of our valued partners, such as Jupiter Hotels and all the individuals involved, that we can continue to make magical wishes come true and create special memories.”

Rays of Sunshine is a national children’s charity, which brightens the lives of seriously ill children (aged three – 18) and their families across the UK. Their work includes granting special wishes, working with children’s hospitals and hospices to host activity days and grant Hospital Ward Wishes as well as organising large-scale outings and events.