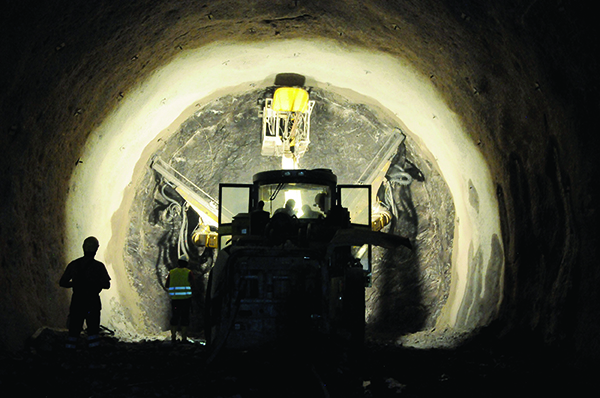 A fast and safe service between Styria and Carinthia, the Koralm Railway is part of the new Southern Line in Austria and one of the most important infrastructure projects in Europe.

With the Koralm Railway, passengers will arrive at their destination even quicker. From the end of 2026 the connections are getting faster: from Vienna to Klagenfurt within 2 hours 40 minutes or from Graz to Klagenfurt within 45 minutes. Western Styria and southern Carinthia can be reached even more easily – as can neighbouring countries Hungary and Italy.

The works include the construction of a new 130 kilometre-long line with 47 kilometres in tunnels, over 100 bridges and twelve new railways stations and stops.

This major development is being carried out for ÖBB-Infrastruktur – pioneers of modern and customer-oriented rail transport in Austria. ÖBB-Infrastruktur plan, develop, maintain and operate rail infrastructure and ensure punctuality, security, cleanliness and open access to the rail system.

The centrepiece of the project – the Koralm Tunnel – is the sixth-longest railway tunnel in the world and is located in the section between Wettmannsstätten and St. Andrä. Both tunnel tubes meet the latest technical requirements and have an external diameter of around ten metres.

Another crowning creation of the Koralm Railway on the section between Weitendorf and Wettmannstätte, is the 1.7 km-long Hengstberg tunnel in Styria, which involved the use of three different construction methods.

The second-longest tunnel system of the Koralm Railway, the 6 km long Granitztal Tunnel Chain on the route between St. Andrä and Aich in Carinthia also marks an important milestone of this major project.

Since the end of 2014, visitors to Stein on the banks of the Drau river have been able to marvel at a mighty bridge. At around 600 metres, it is the longest railway bridge in Carinthia. It also forms one of the engineering highlights on the Koralm Railway between Aich and Althofen/Drau.

The last major section of the Koralm railway to be built is a completely new section of line between Feldkirchen and Weitendorf starting in 2019. In addition, the railway stations at Graz Don Bosco, Puntigam and Feldkirchen-Seiersberg will be adapted and the Graz-Feldkirchen section upgraded to four tracks.

Overall, more than 90 percent of the Koralm Railway is under construction or already completed. Trains are therefore already running on some sections, while work on others is proceeding at high speed on bridges, tunnels, open stretches of line and railway stations. 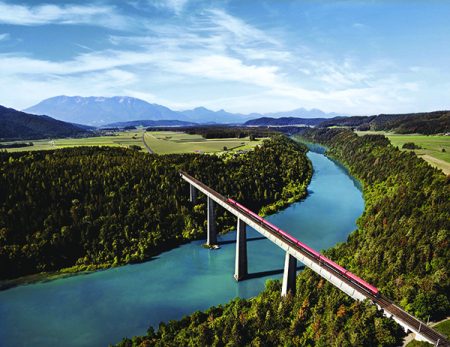 Forster – Over 40 years of competence, knowhow and experience

Founded in 1956, Forster specialises in the manufacture of noise barriers, positioned along railway tracks, roads and community hotspots. The family-run company is a global operator, combining a large number of distributing subsidiaries and partners, and produces noise protection elements from either aluminium, transparent materials or a combination of the two.

Thanks to its competence and knowhow, Forster has been a key designer of and contributor to the development of rail and road noise control systems for more than 40 years. The company closely cooperates with railway companies across Europe and has successfully taken on projects in Canada and Australia.

“We specialise in developing high-noise-absorbing and transparent noise protection systems that are customised to our clients’ requirements. Whether it is light-rail lines in cities such as London, Hong Kong, Stockholm or Vienna or high-speed trains linking centres in Germany, Scandinavia, the Netherlands or Austria our FONOCON systems can be flexibly adapted to suit all requirements.”

The foremost railway companies all appreciate the technological knowhow and quality offered by Forster, which is why the company is selected to work on many prestigious rail projects, including the Koralm Railway scheme. For this particular project, Forster supplied and installed high-absorbing aluminium cladding for the tunnel walls, which was fitted near the entrance portals.

The cladding system developed specifically for this highly sensitive location reduces noise emissions from the high-speed trains as they enter and leave the tunnel. In addition to this cladding system, space-saving FONOCON noise barriers were also installed in open-track sections.

Given the light weight of FONOCON aluminium noise barriers, Forster’s systems are suitable for open-land and areas with bridges. At particularly sensitive spots, elements with specially imprinted designs and transparent frames can connect with the landscape and region to ensure they blend in as seamlessly as possible.

“It is always a special challenge for us to develop an innovative and highly effective noise barrier for modern infrastructure projects, but utilising our years of experience we are able to ensure success, reducing noise disruption to those who live nearby.”

“By tapping into decades of experience with producing noise control systems, we are continually able to develop a successive string of novel noise control products which are used on national as well as international railway lines.” 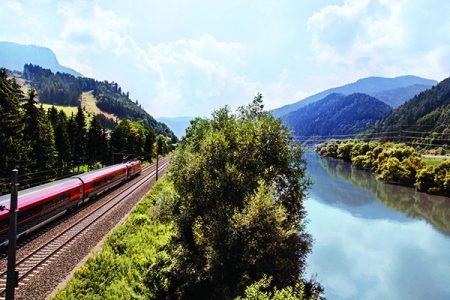 On site concrete specialist company Mobil-Baustoffe is celebrating its 20th anniversary this year. With over 13 million cubic meters of concrete and annual gap materials produced, Mobil-Baustoffe is one of the leading suppliers when it comes to on site solutions. Clients can be found in many countries around the globe across the whole spectrum of contractors, from large groups to small businesses.

“For this particular project we installed two bespoke batching plants each with two mixers and a large overhead aggregate storage. The batching plants are joint together and work as one operated by one control unit. To meet the tight requirements, we opted for a powerful heating system – the winters out here can be very harsh. Once more we have developed an individual solution for this exciting project. By discussing the specific requirements of the construction site with our client, we designed optimised mixing equipment and coordinated the logistic concept. Generally we develop concrete mix designs that are adapted to the client’s demand and the availability of raw materials. We are proud to do this independently from the constituent industry. We install the required facilities for the concrete production, we operate them and we dismantle them once construction is completed.”

“We can produce the quantity of concrete required by the client, to the agreed quality, within the specified time frame and at any safe location worldwide.”