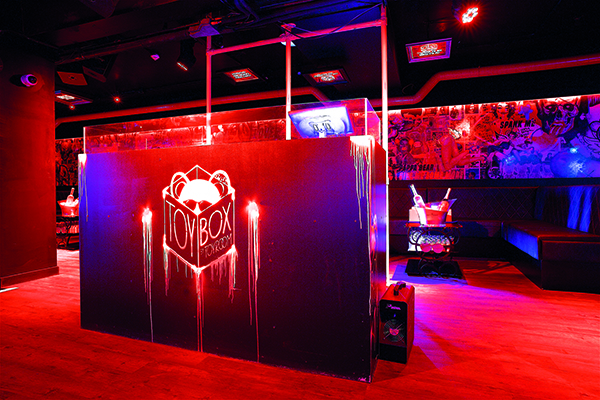 The latest addition to Manchester’s nightlife scene has opened, located at the site that was previously home to the historic Press Club.

Toy Box Manchester is the latest addition to the Toy Room nightlife brand. It was unveiled on Saturday 18th August with a private launch party by Toy Room’s partners Luca Maggiora and Jordan Rocca, Marc Merran the partner of Mnky Hse, Beat, and Movida and a consortium of investors. An A-list celebrity hot spot, Toy Room is one of the biggest nightlife brands in the world. Now boasting 8 locations – London Mayfair, London Soho’s Toy Roof, Manchester, Rome, Mykonos, Istanbul, Athens and Dubai – Toy Room is taking the jet set clique around the world with its iconic teddy bear and naughty-named cocktails.

The concept of Toy Room was launched by Jordan and Luca when they decided they wanted to launch a more relaxed fun playground for their existing black book of VIP’s with outrageous twists like the signature teddy bear which you can find in every club and a special light box with the words “I Lost my Teddy Bear, Can I Sleep with You” which will be a signature attraction in the Manchester location.

LXA provided a full design and construction management service for Toy Box Manchester having previously helped launch Toy Room in London and Toy Roof, a roof bar venue for the same client in 2017. The design includes elements familiar to Toy Room, including the club’s iconic teddy bear mascot. The raw and urban feel is enhanced through the using of bespoke fixtures and fittings as well as artwork provided by local graffiti artist Ben Downs. A 360 degree bar forms the centre of the space and banquette seating running around the outside.

A spokesperson for LXA commented:

“It is a testimony to our strong project and construction management skills that we continue to work with hospitality clients on successive projects as their brand evolves and travels. We have found this occurring with many clients as we build up great rapport and trust.”

The world’s first industrialized city and second biggest economic growing city in the UK after London, Manchester will bring a booming crowd of affluent party people to the new club. Toy Box Manchester is taking over the oldest club site in the city, the Press Club founded in 1870 which was a late night drinking establishment for 19th century British journalists.

Toy Room was originally founded by four Italians –  Luca Maggiora, Jordan Rocca, Corrado Mozzillo, and Gennaro Salerno – who met in London whilst both working in the hospitality industry. Jordan came to London to work as a broker, only club promoting on the side to make extra cash. After the club promoting became more profitable than his finance job, he quit and joined forces with successful nightlife entrepreneur Luca Maggiora to open their first club Project. After Project, Maggiora and Rocca launched Charlie nightclub and then Socialist’s private members club in Mayfair with famed restauranteur Giuseppe Cipriani.

The opening of Toy Box Manchester marks the beginning of an exciting period for the Toy Room brand. Later this year will see further unveilings in Delhi, India and Sao Paulo, Brazil. For more information, please visit https://www.toy-room.com. 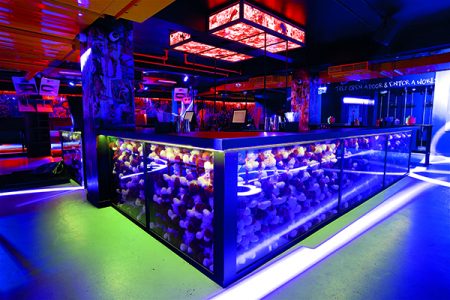 Bespoke-FM specialise in the installation, maintenance and repair of air conditioning systems, refrigeration units and ventilation for commercial and domestic projects. In addition, Bespoke-FM has the capabilities to tackle any plumbing job and is in the process of expanding its offering to cover gas works too.

Bespoke-FM Director, Joe Rea, has been in the industry for more than 20 years’, bringing a wealth of experience to the company. Past projects have included schemes for BMS Solicitors, Empire Group, Buy It Direct, Liquor Bar and Brewhouse & Kitchen, amongst others, with works ranging from the installation of cold rooms and cellar cooling systems to air conditioning and more.

Most recently, Bespoke-FM was involved with Toy Box, designing and installing the venue’s air conditioning unit, as well as the cellar cooling and ventilation system.

“Bespoke-FM is proud to be working with a very successful and well known night club chain. We hope we can develop our relationship and continue to grow together.”

“At Bespoke-FM we take pride in our ability to provide an excellent service, tailor made for our clients. We know every client has different expectations and needs, so we adept to fulfil these requirements any way we can.” 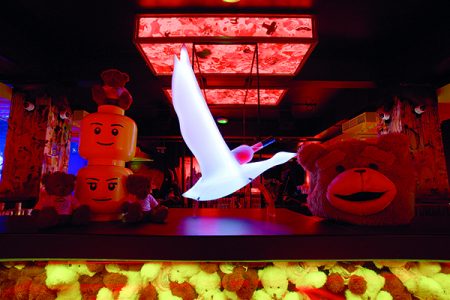 Instyle Seating specialise in the manufacture and supply of bespoke upholstered furniture, to the commercial sector, ranging from fixed banquette seating through to sofas, chairs headboards and more. The family-run business was set up by Mohamed more than 40 years ago, initially operating from a single garage, a few tools and a £50 van! It now exists as a multimillion pound company operating out of a 22,000 sq ft factory and employing approximately 50 members of staff.

Working across the UK and Europe, Instyle Seating works on commercial projects, refurbishing restaurants, bars, hotels and schools. Most recently, the company has been involved with Toy Box in Manchester, manufacturing and supplying the club with real leather banquette seating featuring a unique, cross stitch design.

“We’ve worked with the guys at the Toy Box previously, so it was great to be involved with their latest venue. Having a pre-existing working relationship with the client is great as you know they trust you and you know they are happy with your work.”

“At Instyle Seating we pride ourselves in the quality of our work, as well as our customer service. Our install team is available 24/7 and we are always on hand to help no matter what time of the day it is.” 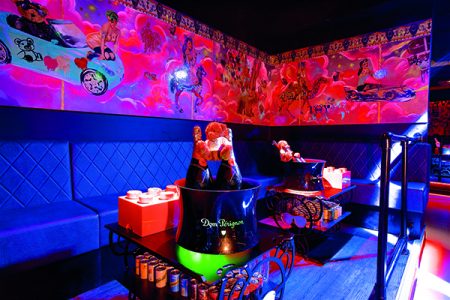