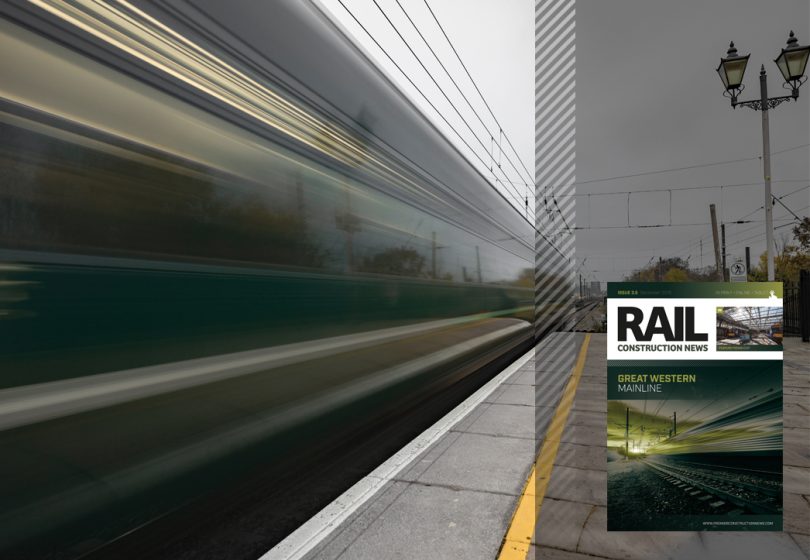 This Month in Rail Construction News 3.5

In this month’s edition of Rail Construction News, we highlight the Great Western Mainline modernisation project; we take a look at the Kettering to Corby Line Improvement works; and we cast an eye over the ongoing Shotts Line electrification project.

Engineered by Isambard Kingdom Brunel, the Great Western mainline was opened in 1841. Over 170 years later, the line is currently the subject of the biggest investment since that date. Launched in 2010, the Great Western route modernisation project is an extensive programme of works that will help provide passengers with faster and more reliable services. More than £7.5 billion is being spent on electrifying routes from London to Oxford, Bristol and Newbury, station improvements and track upgrades. Modernising the route will also help stimulate economic growth in the South West and beyond.

Meanwhile, passengers have begun using the newly commissioned track and signalling installed by Network Rail between Kettering and Corby – marking the successful completion of this £130 million capacity project. As a key part of the wider Midland Main Line Upgrade, the project has seen a significant amount of work carried out since construction began in 2014 to improve the capacity, speed and resilience of the railway between the two Northamptonshire towns.

And finally, work is continuing to take place in Scotland as part of the Shotts Line electrification ahead of a scheduled March 2019 completion. The Shotts Line is one of four rail links between Glasgow and Edinburgh. Approximately 74km of track is currently being electrified between Holytown and Midcalder Junction as part of a wider £160m Scottish Government investment in the line between Scotland’s largest cities. Electric services will be introduced on Edinburgh-Glasgow Central via Shotts following completion of the work in 2019 and will offer improved reliability and increased capacity for passengers.