Three charities are hoping to be the recipients of £500 after being shortlisted in the latest round of D.W. Nye’s Proud to be Local campaign.

After receiving nominations for causes across the county, the builders’ merchant, which is based in Kingsfold, has announced its shortlisted finalists and is calling out to the public to vote for its favourite. The group with the most votes will win.

Rex Nye, who is Managing Director at D.W. Nye, said: “Following last year’s success, we are continuing with our Proud to be Local campaign in 2019, which will give away £500 each to four more local causes. I would like to encourage as many people as possible to get behind each shortlisted finalist – every vote counts!”

The three causes that have been shortlisted this time are:

Horsham Sparrows FC
Formed in 1967, the club has 18 squads providing football to children of all abilities. Although it was started for boys, it now has seven female squads. As one of the founding members of the Sussex Womens & Girls Football League, it is the only club in Horsham with all girls’ teams. Any funding it receives will be used to continue to grow girls’ football.

St Andrews C of E Primary School, Nuthurst, Horsham
A small village school, St Andrews in Nuthurst receives no government funding and operates on a very small budget. Over the last few months the school has suffered a number of maintenance issues, with the majority of its budget going towards repairs and upkeep. It is hoping to use the funds to buy a new base for its PE shed along with upgrading the PE equipment. 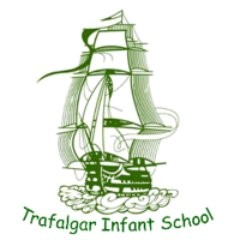 Votes can be cast in three simple ways. Either by visiting D.W. Nye’s depot in Kingsfold along the A24 and posting a token in the relevant voting box, clicking the chosen group on the poll that will be pinned to the top of D.W. Nye’s Facebook page, or by emailing proudtobelocal@dwnye.co.uk and putting the name of the group being voted for in the subject line (only one email vote per address will be counted).

Voting will close at midnight on Sunday 17th March 2019.