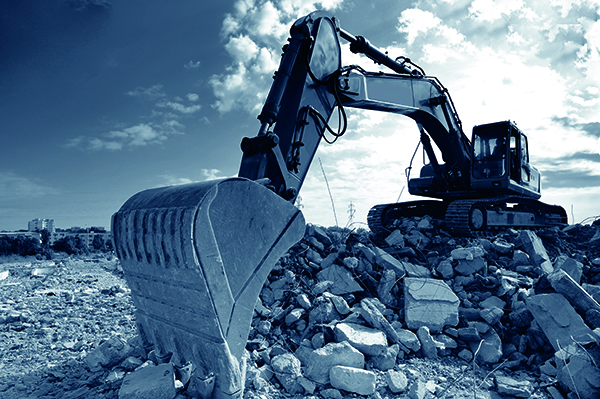 UK construction sites are increasingly being targeted by thieves and fraudsters who recognise the financial value of plant and machinery.

The number of plant theft claims has risen steadily over the last five years according to research from Allianz Insurance plc.

Tools were the most frequently stolen item of equipment, accounting for a third of the number of claims reviewed.

In fact, UK tool theft increased by two thirds from 2014/15 to 2016/172. In many instances the theft took place from vans, either through using force to break in or with a skeleton key.

It’s not only tools which are coveted by thieves; larger items of plant such as excavators and JCBs can also prove a lucrative haul for criminals.

Indeed, excavators proved to be the most expensive claim on average, often stolen from contract sites outside of working hours or whilst hired out. There have also been instances of onsite staff being threatened and kit being removed by force.

Whilst some plant theft is merely opportunistic, there are equally more organised ‘professional’ criminals who make a career from such activity.

After illegally acquiring valuable equipment, these individuals are able to arrange for it to be rapidly exported and sold abroad, either in its existing state or for parts.

Where it’s not possible to export it immediately, the plant may be concealed in shipping containers or storage units. Once the machinery is no longer on British soil, it’s often deemed too difficult and costly to locate and repatriate.

With much construction machinery carrying a high resale value, it seems criminals are willing to risk being caught for the potential financial gain.

Another ruse adopted by lawbreakers, is to fraudulently hire a large quantity of high-value plant under the guise of being employed by a genuine company.

This company will often be an existing business customer of the insured, or a company with a positive credit and trade history.

This means that the fraudster will appear authentic and pass necessary checks.

Once the plant has been signed over to the fraudsters, they will arrange for its resale and subsequently pocket the cash. In this digital age, the internet is making it easier for criminals to communicate and operate online, with the rise of auction and resale websites facilitating quick and easy sales.

A recent case study revealed that criminals cloned the details of a property developer who had been trading for many decades.

They used a loaded credit card to purchase plant insurance, arranged the hire of multiple items of plant using the name of a director of the property developer and erected signs at the delivery site to give the impression they traded from there.

By the time the crime was uncovered, the fraudsters had absconded with nearly £130k worth of plant. A criminal ring was apprehended and it transpired they’d cloned details of at least five other companies.