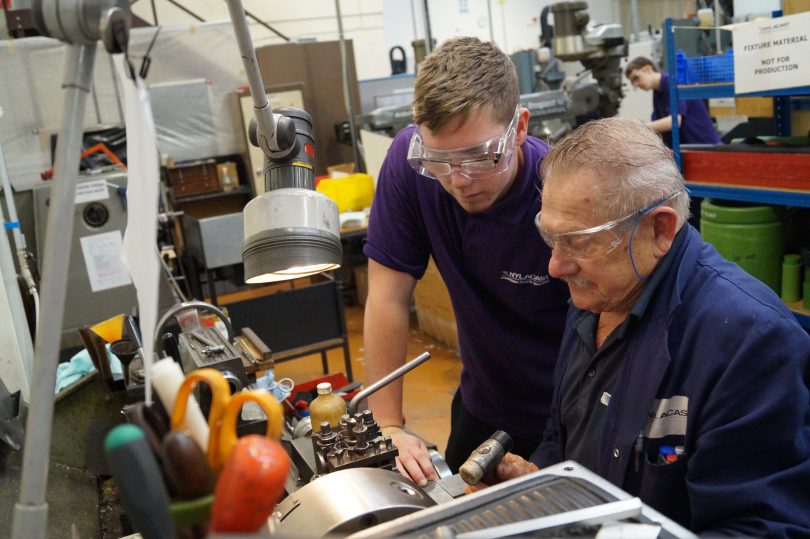 A leading provider to major construction and utilities firms, Develop Training Limited (DTL), says too few businesses are making a commitment to apprenticeships despite government initiatives to promote them.

DTL, which has centres in Linlithgow near Edinburgh, Romford, York, Derby, Bolton, Swindon and Lisburn, Northern Ireland, highlighted the issue while giving its backing to National Apprenticeship Week 2019, which runs from 4 to 9 March.

In the run up to the week, the government launched a new promotional campaign, Blaze A Trail, to convince more individuals, families and employers to embrace apprenticeships. Previous initiatives have included Trailblazer Apprenticeships in England and the controversial Apprenticeship Levy.

Yet DTL points out that government statistics for the academic year 2017/18 showed a drop of almost a quarter in the number of apprenticeship starts.

John Kerr, DTL’s Director of Training & Education, said: “It’s clear that businesses in the construction and utility sectors – in common with other industries – have not committed to apprenticeships as enthusiastically as the government hoped. The difference with some industries is that we face an enormous skills gap in construction and utilities, so it’s crucial that the sector responds, including embracing apprenticeships. The levy was intended to nudge them in the right direction but so far, if anything, it has had the opposite effect.”

He highlighted comments from senior HR professionals at DTL’s Industry Skills Forums that the levy had caused confusion and even suspicion with some delegates labelling it a stealth tax. Others said the chance to recoup the levy was not enough incentive when set against the long-term commitment to run an apprenticeship programme.

The training company, whose customers includes some of the biggest names in water, gas, electricity and construction, hopes that attitudes are changing.

“We and our customers have no doubt that, managed well, apprenticeships do work,” said Mr Kerr. “Businesses have now had nearly two years to decide how to respond to the levy, and in April the funds that big firms have paid in will begin to be taken by the Treasury. That should refocus attention on the question of apprenticeships.”

He said it wasn’t clear how uncertainty around Brexit, including the availability of foreign workers, and concerns about global economic slowdown would affect decisions about apprenticeships and other HR programmes.

“There have been reports of a contraction in the construction sector because investors are delaying decisions, but that doesn’t mean the UK can afford to put its infrastructure on hold,” said Mr Kerr.

He said the rise of offsite construction was an opportunity to develop apprenticeships in a factory environment, which is easier than on construction sites. The continuing housing shortage could also lead to incentives by this government or a future one to stimulate building through any potential recession.

“Whatever happens to the economy, we need a new generation of skilled operatives to replace an ageing workforce,” said Mr Kerr. “If we delay making a commitment to apprenticeships for whatever reason, that would be a serious mistake. I hope that National Apprenticeship Week and the campaigns around it will help to generate momentum so that more businesses invest in what are highly cost-effective ways to deliver a loyal and skilled workforce. As approved providers under the levy, we are 100 per cent committed to do all we can to ensure that this happens and to help our customers to maximise their return on investment in people.”