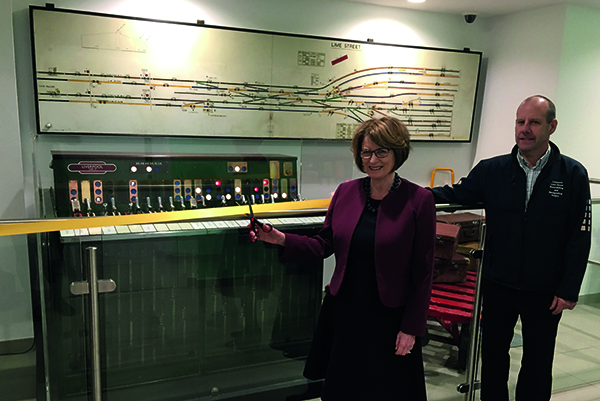 A ‘mini museum’ has opened at Liverpool Lime Street which celebrates a bygone railway era, showcasing objects from the station’s past. On the 18th January, objects such as A section of the original signalling equipment, a signal box panel diagram, an early 20th century railway trolley and luggage scales were put on display as part of the stations  £140m redevelopment.

“It is exciting to see these items about Liverpool’s railway history on display as Lime Street invests for the future.”

“This is a great idea and offers passengers the opportunity to look back at the station’s history, giving a glimpse of times gone by. I am sure that the ‘mini museum’ will prove to be very popular with passengers.”

A more detailed explanation of the artefacts include: The signal box equipment, a ‘miniature lever frame’ from 1948. It is Network Rail’s last remaining signal box to use the miniature frame system. And above the signalling equipment, the original signal box panel diagram is also displayed. Next is the LMS trolley which is named after the London, Midland and Scotland railway company which ran from 1923 until 1947. Trolleys would have been used in the station to transport parcels and other goods across the station concourse to the train, which would take them to their final destination. Thirdly, Avery Autoprecision luggage scales which were known to be used on the station in the early 20th century, weighing items up to 135lbs. Then the St Vincent’s ceramic display which is meant to commemorate those who lost their eye sight in the First World War. There are three creations, one gifted to the Palace of Westminster, and one to be gifted to the City of Liverpool on 22nd April, and the third in the station. They were created by students St Vincent’s school, which is a school in the city for sensory impairment and children with other specialist needs. It is hoped this piece will welcome visually impaired young people who will attend the disability games in Liverpool in 2021, and visually impaired choirs from Sierra Leone and Indonesia, who will be performing at the Philharmonic on Thursday 22 June.

Fully completed in October 2018, the upgrades that started in Liverpool Lime Street Station in 2016 form part of the Great North Rail Project which is a rail and industry team effort to transform train travel for passengers across the North of the UK through improvements to tracks and trains. 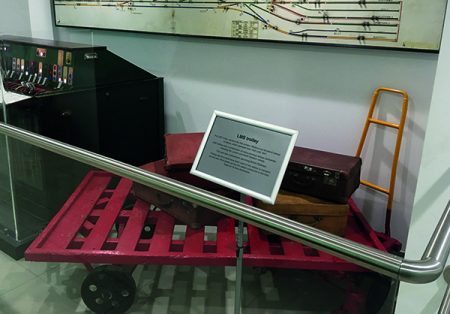