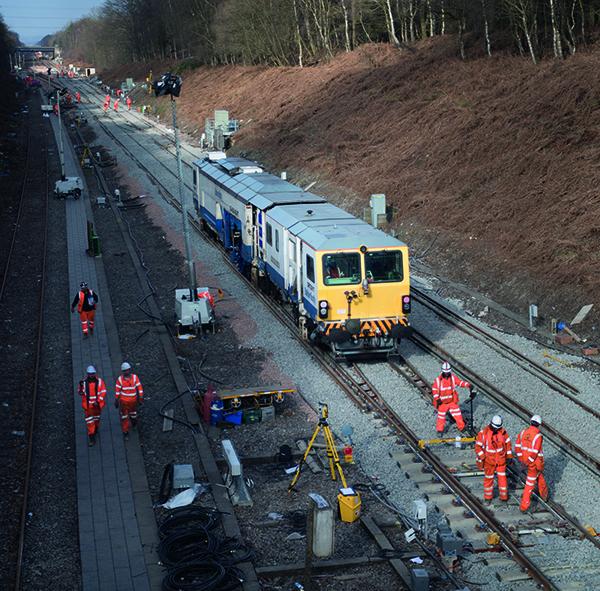 Sussex passengers have recently seen the benefits as Network Rail handed the railway line back on time following a 9 day closure for vital engineering work that will make the train service more reliable.

More than 250 engineers worked 24/7 at 26 sites to complete the biggest upgrade of the railway between Brighton and Three Bridges in more than 30 years. Over the extended closure, they have carried out the £67 million improvement programme to this stretch of railway.

They have improved track, signalling and drainage on the route, which is one of the busiest on the network, carrying 300,000 passengers on a normal weekday, but has also been one of the least reliable on the network.

“I’d like to say thank you to the passengers who have been disrupted by this crucial work, which is one of the biggest projects we’ve ever undertaken.

“I know it’s been difficult for them and I am really grateful that so many changed their plans for the week to enable us to concentrate the work in this way. The alternative would have been 84 separate weekend closures, so this has been much more effective for them as well as for us.

“It will be worth it in the long run as we’ve been able to complete major work to the ageing infrastructure which has caused so many delays in the past, as well as repairs in the Victorian-era tunnels which were prone to flooding. All of this means we can provide a more reliable service that passengers deserve and can depend on.”

The improvement project is focusing on the southern end of the Brighton Main Line between Three Bridges and Brighton. Major engineering work is and has been in action for the Victorian-era tunnels and the railway which runs through them. The unprecedented access to this part of the rail network provided by these planned closures have allowed Network Rail’s engineers to renew and upgrade a part of the railway responsible for many delays. The programme of works involve stemming leaks into the tunnels and improving drainage, upgrading or replacing the third rail power system and signalling, replacing track and sets of points, which enable trains to switch between tracks and replacing fencing and improving security to deter trespassers.

A rundown of the details of work include:

In addition, thousands of Southern and Thameslink passengers who rely on the Brighton Main Line each day returned to brighter and cleaner stations as Network Rail and Govia Thameslink Railway (GTR) took advantage of the closure to carry out a series of improvements at Balcombe, Haywards Heath, Wivelsfield,  Hassocks, Preston Park, Plumpton and Cooksbridge stations. Network Rail work closely with local communities affected and know these station improvements will be welcome. 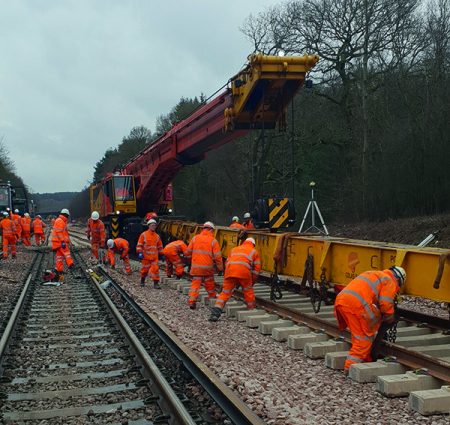 “We’re pleased to welcome passengers back and I apologise for anyone that has been inconvenienced during these essential works and I am grateful for their patience throughout this challenging project. Working with our partners at Network Rail and our contractors and suppliers, together we have successfully overseen one of the biggest rail replacement services ever, with a temporary bus hub at Three Bridges, 240 buses being driven by 530 drivers and near.”

More than three quarters of passengers made alternative travel arrangements, worked from home or took annual leave during the school half-term when the major works took place, thanks to an extensive passenger awareness campaign, which was then praised by independent watchdog Transport Focus.