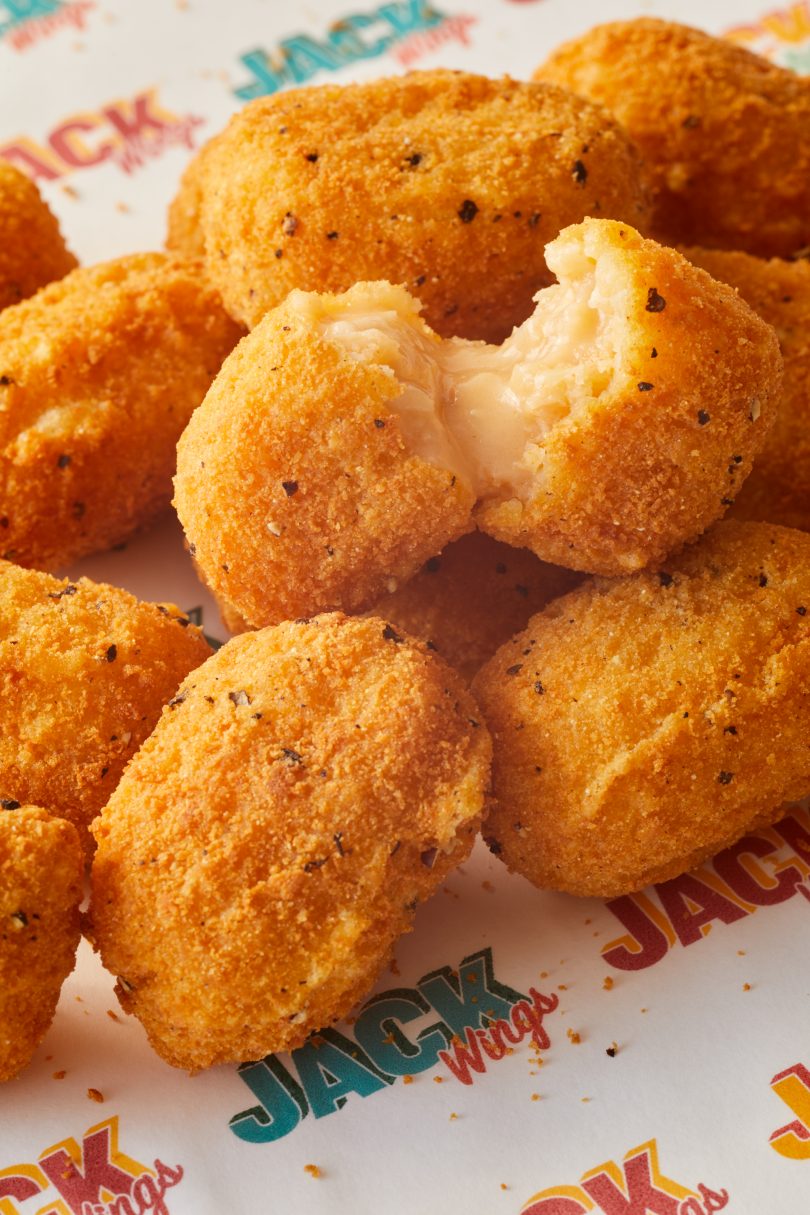 Naturally fast food chain LEON has set out to create the most flavourful and tempting fresh vegan dishes available on the high street this summer to make plant-based eating irresistible.

From the most crave-able new plant-based snack in town; Jack Wings, to vegan soft-serve ‘Coco Whips’, this will be LEON’s biggest ever vegan launch, in celebration of its 15th birthday.

The new menu takes flight with Jack Wings – the hot, cheesy vegan bite filled with pulled jackfruit in a gluten-free crumb. So moreish they will appeal to committed vegans, anyone who wants to introduce a few more plants into their diet and even the most committed carnivores.

And as the weather heats up, LEON are giving you vegan shakes and ice cream sundaes. From the Coco Whip, a ‘Vegan 99’ dairy-free coconut soft-serve ice cream, in Caramel & Cacao, Chocolate Ruby Ripple and Passionfruit, Lemongrass & Pomegranate to vegan milkshakes in classic flavours like strawberry, chocolate and coffee.

From dunking and dipping sauces to brand new sweet treats, like the Raspberry and Rose Donut, at LEON, these innovations are made to be not just “good, considering they’re plants”, but “good, full stop.”

The new menu will even include a vegan ‘birthday cupcake’ so LEON can share the love with everyone who has joined them on their mission to make it easy to eat well on the high-street, with all of the proceeds going to the LEON Foundation.

John Vincent, co-founder and CEO of LEON said: “Since we opened our doors 15 years ago, we have continued to innovate, providing new and exciting ways for everyone to eat fresh, natural and seasonal food.

“Over that time, we have constantly evolved and this latest menu shake up marks an important step for us – we know plant based eating is better for body and planet, but we want to make plant-based options the tastiest choice too.”

A full list of new menu items is included below:

Developed by LEON’s very own ‘Urban Farmer’ Thom Malley, this sweet and smokey dipping sauce has been scaled up for use in LEON restaurants to add a fiery kick to the summer menu

A rose donut by any other name wouldn’t smell as sweet, and it probably wouldn’t be vegan either. This one is.

A decadent red velvet cupcake with vegan cream cheese frosting to celebrate LEON’s 15th birthday. All proceeds will go to the LEON foundation.

Blended with oat milk, the Vegan Shake Ups make for a creamy ‘milk’ substitute. Fans of fruitiness will love the Strawberry and Blackcurrant options, whilst the Coffee Shake Up and Chocolate Shake Up will provide a little dairy-free indulgence