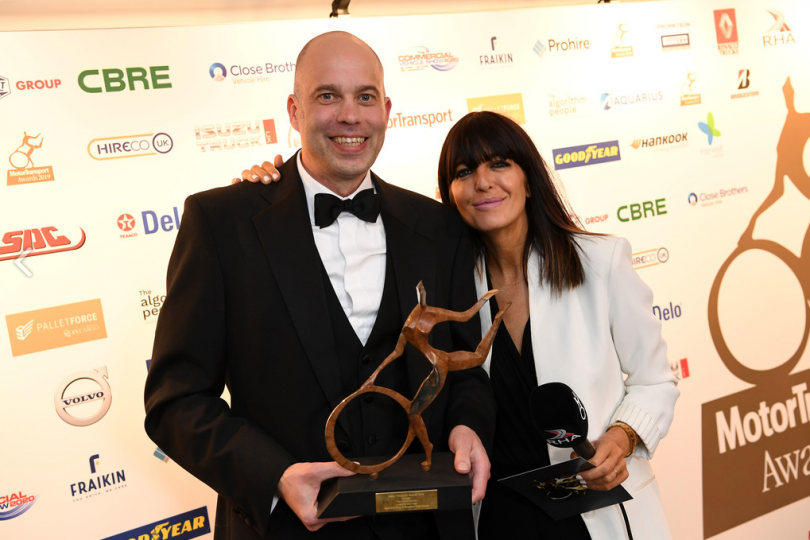 Travis Perkins, the UK’s largest supplier of building materials, won this year’s ‘Livery of the Year’ award in the annual Motor Transport Awards.

The award, which was sponsored by Pirelli Truck (Prometeon), was presented at a glittering Awards Dinner at the Grosvenor House Hotel in London on 3 July 2019, where over 1,400 industry experts were gathered to watch Claudia Winkleman present the award.

Now in its 33rd year, these awards celebrate, recognise and reward excellence in the road freight transport industry.

Through its Living Livery campaign, Travis Perkins has decked out a number of its trucks with livery representing Mind, Prostate Cancer and the Alzheimer Society, while at the same time educating its drivers to be ambassadors for these charities to raise awareness of key issues. As well as raising awareness of key issues to the general public, this campaign also targets key groups such as workers on the hundreds of construction sites it delivers to each day.

Head of Fleet for CCF, BSS and Keyline, Karl Wilshaw, said: “Our drivers attend multiple delivery locations daily, and by displaying our charities’ logos on their vehicles, it gives them the opportunity to engage in conversation and pass on knowledge to those who need it.”

CCF Driver Richard Ellson, who drives CCF’s Alzheimer’s vehicle, has been overwhelmed with the amount of attention the vehicle attracts: “I’m approached by people sharing with me their own experiences and concerns. CCF has provided me with handout material from the charity, so that I can really help those people who need it. I feel I’m positively contributing towards such a great cause!” he said.