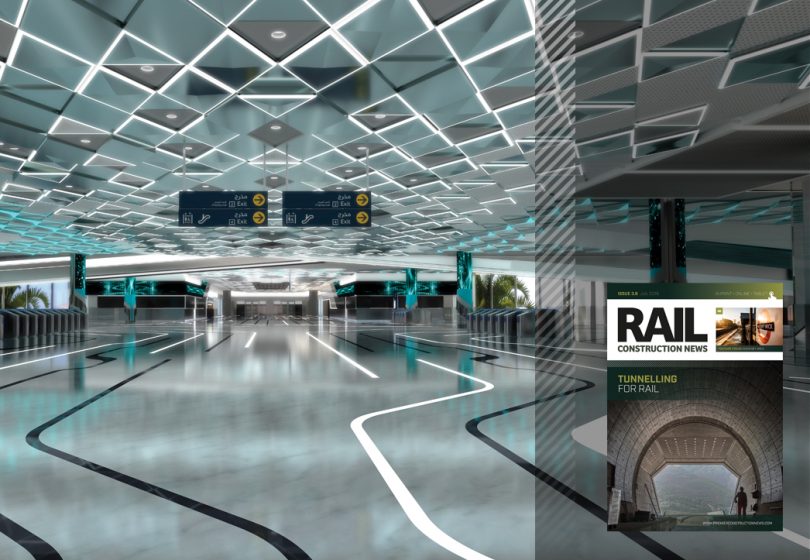 This Month in Rail Construction News 3.8

In this month’s edition of Rail Construction News, we look back on Railtex 2019; we check in with Route 2020 in Dubai; and we cast an eye over the Northern Line Extension.

On its 14th and latest edition, Railtex has once again proved it is the UK’s premier exhibition of railway equipment, systems and services. A total of 6,700 visitors from 50 countries and almost 2,500 professionals representing exhibiting companies gathered at the event at the Birmingham’s NEC.

The venue was transformed with a huge amount of technology, skills and services at some of the most eye-catching displays of the 420 exhibitors from 22 countries. The show also featured a comprehensive supporting programme of speeches, presentations and discussions. Innovation was showcased, leads created and business partnerships formed over three engaging days.

Route 2020 is a five stage extension of the Dubai Metro Line up to the World Exposition 2020 exhibition site in Dubai, UAE. Estimated to cost $2.9bn, the project represents the first major expansion of the Red Line.

The Roads and Transport Authority of Dubai is undertaking the project, the proposals for which were signed in 2015. Construction on the metro rail extension route began in September 2016 and is expected to be completed by the end of 2019, while operations are planned to commence by May 2020. The new route is expected to serve approximately 270,000 commuters travelling to and from commercial and residential areas.

The Northern Line Extension has passed a major milestone after an engineering train successfully travelled the entire length of the new tunnels from Kennington to Battersea, for the first time. The train entered the new 3.2km tunnels at Kennington station, travelling through the newly-constructed step-plate junction that connects the existing Northern line tunnels to the extension.

With all this and much more inside, please join us as we explore the projects which continue to shape our nation’s railways. Go well!