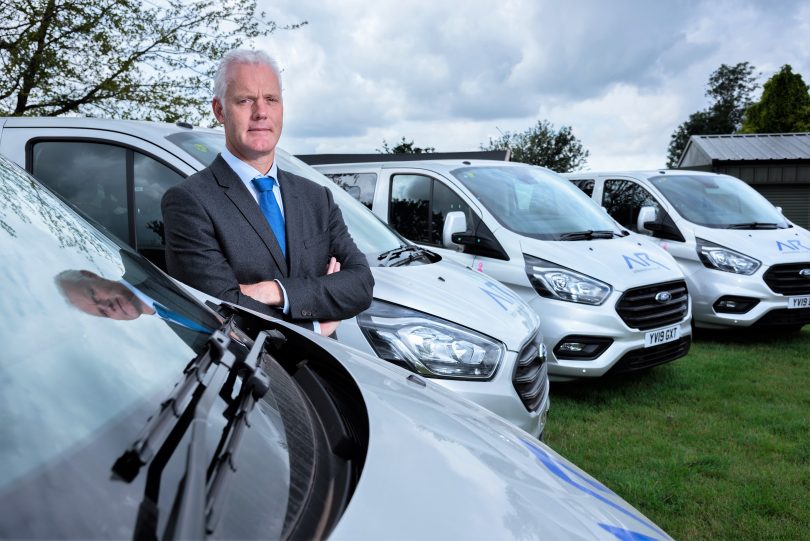 Award-winning demolition specialist AR Demolition has announced further investment in its business, with a new fleet of vehicles.

The innovative East Midlands contractor, which is based at Carlton near Nuneaton, has invested in 35 new vehicles for use by operators as well as supervisors and managers.

The latest round of investment in AR Demolition’s fleet follows significant spend on new plant and machinery in the past few years.

This includes £1.5m spent on three new cutting-edge high reach Kiesel machines in 2018, after previous investment of £1m in 2016.

AR Demolition was founded by Andrew Thompson and current managing director Richard Dolman in 2007 and, following a period of restructuring and stabilisation in 2017, the company reported a record start to 2018 and is shortly to announce this year’s turnover figures and profits.

Mr Dolman said: “I am determined to make AR Demolition a beacon of industry best practice and an example to all construction contractors in terms of standards and innovation.

“Having a new fleet of vehicles will play its part in portraying the image we want to promote, not only to our clients but also within our workforce, to let them know we are a company which takes its reputation extremely seriously.

“We have lately set up a new board and together we are keen to develop the company into a new type of demolition contractor, one where quality, safety and innovation – particularly in terms of sustainability and recruitment – were placed at the forefront.

“Having our new vehicles will certainly play its part in ensuring that our staff across the board adhere to, and promote, the quality and standards I expect us to achieve.”

In April, AR Demolition picked up two titles in the 2019 Construction News Specialists Awards finals, for Health, Safety & Wellbeing Excellence as well as Demolition Specialist of the Year.

In July the company was nominated for the Outstanding Contribution to Construction category in the main Construction News Awards.

AR Demolition is also unique among small demolition contractors in having its own aggregates recycling facility, at its AR Aggregates urban quarry in nearby Leicester.

Mr Dolman said: “As a company, we are looking to offer our clients a spectrum of services where quality and innovation stand alongside sustainability and efficiency.

“AR Demolition is gradually turning into the company we have all visualised – it’s an exciting time for all of us here and great to see our continued development, setting an example for what a small demolition contractor of the 21st Century can be.”