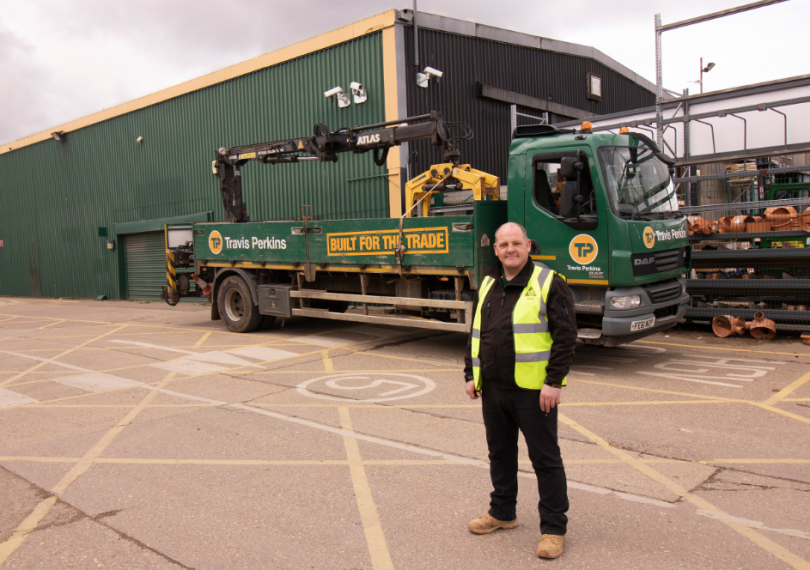 Travis Perkins plc, the UK’s largest supplier of building materials, has been recognised for their work supporting the Armed Forces with a Defence Employer Recognition Scheme (ERS) Gold award following the recruitment of over 600 service leavers across the Group since 2015.

The gold accolade is a recognition by the Ministry of Defence for companies that demonstrate exceptional effort to support, recruit and develop armed forces personnel and their families, and is being awarded to Travis Perkins for their ongoing commitment to supporting the Armed Forces community.

CEO for Travis Perkins, Nick Roberts, said: “The key to our success has always been our people. But we will only be more successful as a business if we reflect the communities we serve and tap into talent from a variety of sources, encouraging and creating a diverse environment where everyone can be themselves and not feel disadvantaged or excluded in any way. Welcoming service leavers to ensure they have a successful transition to civil life is part of that.

“This is close to my heart, and given that I was a Reservist Officer in the British Army for 10 years, I am so proud of the recognition for our engagement and support for reservists and the Armed Forces, which has resulted in so many successful appointments across our Group. These colleagues have demonstrated that a range of their skills, such as teamwork, problem-solving, IT and many more, are so useful in civil employment for companies like ours.

“The respect for others, integrity, discipline and loyalty they have developed, are also key values that match our own Cornerstones and make former forces personnel a desirable group that we want to tap into across all areas of our business,” Nick concluded.

Travis Perkins signed up to the Armed Forces Covenant in 2017, and offers its Reservists support during mobilisation. The company also encourages additional leave for training commitments. Its well-established recruitment programme for former forces personnel consists of providing work placements during resettlement, as well as CV and interview guidance, and engagement with Careers Transition Partnership (CTP) events.

As an integral part of its recruitment programme, Travis Perkins is also working with leading employment charity, The Poppy Factory, which supports wounded, injured and sick veterans into civilian work. This work has in the past 12 months resulted in the successful placement of five referrals across the Travis Perkins and BSS businesses (see Will’s case study below).

Travis Perkins is now  extending its support for the Armed Forces by signing up to the Forces Families Job Board. This is a central portal for employment and training opportunities for Service spouses, partners and family members, which is being developed by the three armed forces’ Families Federations in collaboration with Defence Relationship Management so that applicants can apply directly for jobs with employers, like Travis Perkins, who have signed the Armed Forces Covenant.