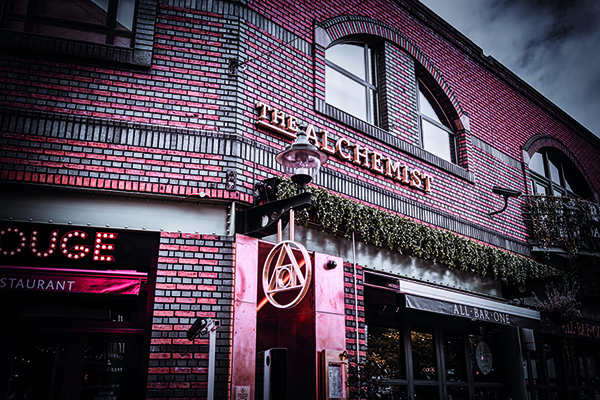 The Alchemist at BrindleyPlace

The Alchemist is a true master in dark arts and mixology with theatre and immersive experiences at its core. This, coupled with innovative presentation and sensational settings, makes The Alchemist an unrivalled all-day destination. Established in 2010, The Alchemist provides an all-day casual dining experience from breakfast through to dinner, complemented by an expertly crafted drinks menu. Its passionate in-house mixologists create every cocktail with an obsessive eye for detail, all orchestrated to serve a devilish dash of theatre.

The premium operator can be found across the UK including London, Manchester, Birmingham, Leeds, Newcastle, Chester, Oxford, Nottingham and Cardiff. The Alchemist is backed by Palatine Private Equity, who supported a buy out from Living Ventures in 2015.

The Alchemist has recently been named as one of the ‘100 Companies to Inspire Britain’ in the London Stock Exchange’s annual report, celebrating the fastest-growing and most dynamic small and medium-sized enterprises (SMEs) in the UK.

The Alchemist at BrindleyPlace

On the 23rd August, The Alchemist opened its second site in Birmingham at BrindleyPlace. The new site follows in the footsteps of its current popular site in Birmingham’s City Centre, which has become a firm favourite since opening its doors back in 2006.

The Alchemist, famed for its distinctive cocktails and food offering is also known for its iconic interiors, which are unique to each location. BrindleyPlace is no exception, with gothic-style décor and dark interiors; this new site offers a destination to continue evening escapades, taking locals from cocktails at The Alchemist on Colmore Row, to live music and late-night dancing at BrindleyPlace.

The Alchemist at BrindleyPlace has created 70 full and part-time jobs for locals and has seen an investment of £1.4 million transform the site that spans over 6,270sqft. The site is perfectly positioned next to Arena Birmingham and the International Convention Centre and makes for being an established and popular dining and drinking destination for residents, local workers and visitors.

Guests at the new site can enjoy The Alchemist’s famed food and drink menus, with theatrical cocktails including the new Pink Fizz Paloma with El Jimador tequila, Pampelle grapefruit, citrus, curious IPA and the Legal One, which is a concoction of Tanqueray cardamom gin, tropical vermouth, citrus, tonic, pineapple and smoke.

In 1994 the first part of the development, known as The Water’s Edge, was completed, consisting of a number of bars and restaurants on the canal side. Soon to follow, the Central Square side of the project was developed in 1995 following a design competition which was won by Robert Townsend.

Over the coming years, big names were attracted to the development with the Sea Life Centre opening their doors in 1996, a Health Centre opening in 1998, which is now where Bannatyne’s Health Club sits and Crescent Theatre built and opened in 1998.

Now a Hilton Garden Inn hotel, in 2001 an on-site hotel was built and was then known as The Mint.

In 2010, The BrindleyPlace estate was acquired from BrindleyPlace Limited Partnership for £190 million by Hines UK in a joint venture with Moorfield Group. Following that, several buildings were acquired by HSBC Alternative Investment in 2017, with Hines UK being retained as asset manager to the estate. 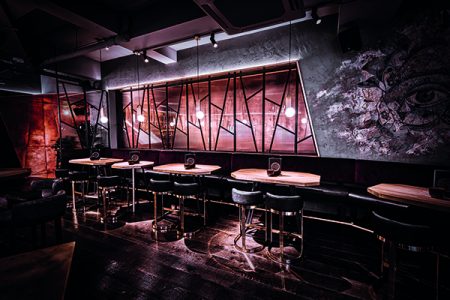 In operation since October 2004, Interiors UK has established a strong reputation as professional, client focused business. The company has an excellent health and safety record and is an approved member of the Safe Contractor scheme.

Interiors UK has a strong working relationship with The Alchemist and has undertaken the fit-out of all new sites since the initial fit-out they undertook of the Alchemist at Liverpool back in the summer of 2016.

“The Alchemist are a very special client to us and we are extremely proud to be part of such a successful and exciting brand.  The team at Alchemist have a real passion and drive to make each project better than the last and really do care about every detail that goes into each project.  This passion and attention to detail from The Alchemist team makes the experience of building a new site a real joy for the team at Interiors.

“We pride ourselves on delivering our projects on time, budget and to the highest quality standards whilst maintaining a safe working environment.” 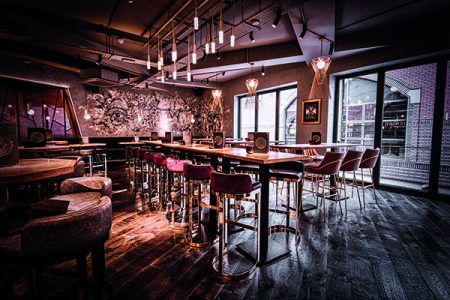 C & C Baseline is one of the UK’s premier fabrication companies, working in all construction sectors.  Over the years C&C have gained an enviable reputation for producing revolutionary and creative solutions in the Hospitality and leisure sector. Their consistent pursuit of excellence sees clients returning time after time.

C & C Baseline has been in operation since 1996 and within this time has delivered architectural metalwork for countless national restaurant and bar chains, including Nando’s, Wagamama, Gusto, Zizzi, GBK and JD Wetherspoon to name but a few.  Most recently, C&C were commissioned to carry out the main metalwork contract for the new Alchemist at Brindley Place, which reinforces the company’s long-running association with The Alchemist brand.

C & C Baseline Director, Mike Cooper, said: “We are proud to have been involved in every venue for The Alchemist nationwide. The designs are challenging but inspiring for every new venue and it give us the opportunity to test our metal!”

Mike added:
“At C & C Baseline, we align ourselves with the client to produce the best service with innovation flexibility, quality and value.” 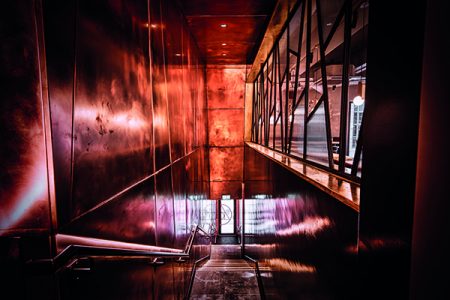 The Airedale Group is the UK’s largest company that specialises in the design, manufacture (including bespoke fabrication), installation and service of commercial catering facilities.

Since 1986, the Group has developed a strong reputation for quality and employs some of the most experienced professionals in the industry.  40% of the company’s business is national accounts/chains, including a number of the largest pub retail chains.

The company’s principle projects division Airedale Catering Equipment has recently begun to work with The Alchemist and Brindleyplace is the latest of these projects.  Airedale worked closely with The Alchemist team to design, specify and ultimately install a bespoke catering facility.

“What is important is that our clients are delighted with the project and we are looking forward to working with them on future projects.

“As a company we take pride in our ability to deliver every conceivable aspect of a project internally and how we have the structure in place to look after these clients on a truly nationwide basis.” 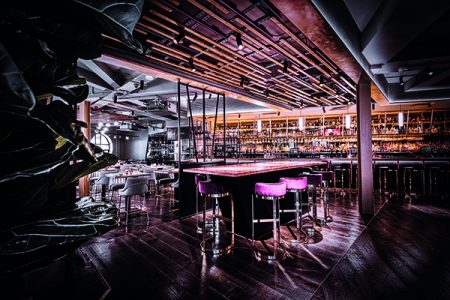