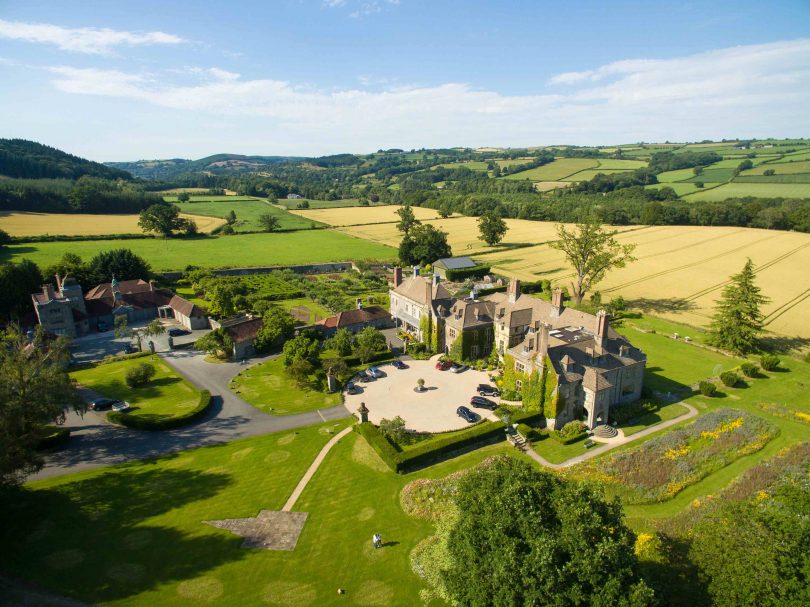 It’s a double celebration for a Welsh hotel as it celebrates being named finalists in two of the country’s top hospitality awards.

Love is certainly in the air for the team at Llangoed Hall, Brecon, which has been recognised as a top romantic hotspot in both the Welsh Hospitality Awards 2019 and the Welsh Hotel Awards, as well as a number of other categories across the board.

Located in the stunning surrounds of the Brecon Brecons, Llangoed Hall is set within 17 acres of beautifully landscaped gardens. Bought by Sir Bernard Ashley – husband of designer Laura Ashley – in 1987, the hall opened as a hotel in 1990.

Sergio Martinez, General Manager of Llangoed Hall Hotel, said: “We are absolutely delighted to have been shortlisted in so many categories by not just one, but two, Awards. It’s been a very exciting week for the team here and it’s wonderful that they are being recognised for their consistent hard work, which makes Llangoed Hall the wonderful venue it is. We’re very much looking forward the award ceremonies, and fingers crossed there’ll be some very happy faces on the night!”

The Welsh Hospitality Awards are based on nominations from members of the public, based on who they believe should be recognised for their continued hard work and contribution to their local community. The winners will now be chosen by a panel of industry experts and announced during a black-tie awards ceremony on Monday, 11th November at The Exchange Hotel, Cardiff.

The Welsh Hotel Awards celebrates the top achievements and best performers of the Welsh hospitality industry from the past year. The winners will be announced during an awards ceremony taking place at the Mercure Cardiff Holland House Hotel on Monday, 25th November.

For full information on Llangoed Hall and to book, please visit www.llangoedhall.co.uk or call 01874 754525.