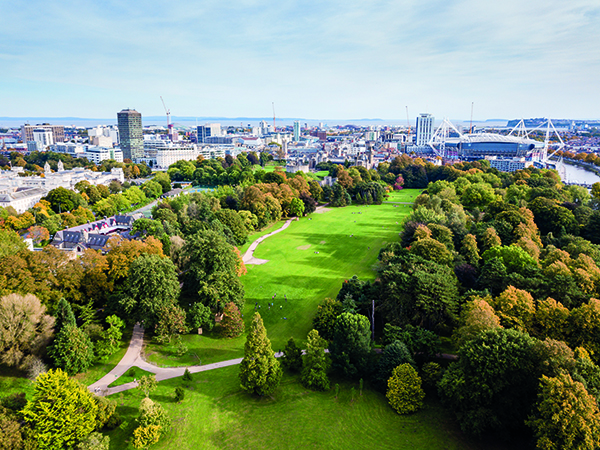 With a certain major infrastructure project no longer happening in South Wales (don’t mention “M4 relief road”), the focus is now on local authorities to deliver ambitious projects in South Wales to ease traffic congestion and, more importantly, to meet national and international carbon emission targets. The latter has moved even further up the political agenda following the recent “Extinction Rebellion” protests. Cardiff has two solutions on the table, (1) the South Wales Metro and (2) the newly announced £1.1bn Cardiff Crossrail.

It’s no surprise with Cardiff’s growing population, that the current transport system is no longer sufficient. Housing is expanding, congestion levels are rising, and delays are increasing. These all demonstrate that change needs to happen – sooner rather than later. At a recent Welsh Government Conference on Active Travel, Cardiff Council leader Huw Thomas stated “Cardiff’s transport network needs to change. It was originally designed for a city with a population of 200,000, but today our population is closer to 400,000 and there are another 80,000 commuters travelling into the city by car every day.”  With statistics like that, these new plans seem to be just what the city needs.

The Crossrail project is in addition to the existing South Wales Metro plan, which has already initiated Phase 1 (the improvement of the valley rail network). There’s been a lot of speculation as to how the two projects will run alongside each other, with the Metro project being a combination of heavy rail, light rail and bus rapid transit. The Crossrail project focuses on creating and improving links within Cardiff (namely the east, west and north of Cardiff). The South Wales Metro focuses on connectivity across South Wales as a whole (particularly within the Valleys and north of Cardiff).

Key to success will be collaboration – working well together and ensuring that each project or transport solution smoothly interfaces to achieve the overriding objective, to improve public transport. A failure to do so could lead to practical issues, for example, ensuring that introducing electrical lines does not restrict the use of the existing infrastructure and rolling stock. Irrespective of the delivery challenges, the wider issue is consumer confidence to use public transport. Integrated public transport systems that have worked well across Europe (i.e. those in Amsterdam, Barcelona, etc) have all focused on making public transport the “easy” option.

There are many benefits that this new project will bring to the city. The reduction in people travelling by car will significantly prevent congestion, and benefit the environment – a concern which has become increasingly prevalent among individuals and governments alike. The improved connections between different parts of Cardiff will provide equal opportunities, and an increase in jobs arising from the construction of the infrastructure itself.  A successful, completed infrastructure project would also increase Wales’ potential to host global events and raise the overall profile of Wales – both could both lead to significant financial benefits to the country. Ultimately, the plans should provide a better standard of living with increased transport reliability, reduction in travel time, and the encouragement of making travel choices that will take the environment into consideration.

The challenge is how the Crossrail project will be successfully integrated alongside the South Wales Metro. Given Cardiff Council’s involvement in both projects, its best placed to manage that integration. Although Cardiff Council is best placed to manage the interface, Welsh Government and the remaining local authorities will need to work collaboratively to ensure that the benefits are seen at a local, regional and South Wales level. They should also work together to provide fluid and frequent public transport to avoid delays or cars being used instead. This can be achieved by ensuring various modes of transport can be used in combination with each other, by adopting a multifaceted approach, avoiding duplication, and ultimately keeping costs down.

Ideally, there will be some form of “mega app” created to provide travel updates and times across the system, as well as a universal travel card that can be used on all forms of public transport. The Crossrail project will need to consider any future housing developments in South Wales (that haven’t been reflected in the Metro project) to ensure there will be new transport links available to them. Ultimately, frequent consultations should be held to identify priorities, and they should work together to undertake these improvements.

However admirable the environmental considerations are as the rationale behind the project, for it to be effective, future proposals will likely need to drive a public desire to use public transport and a disincentive on people opting to drive. This solution is likely to be a form of congestion charge, but without public transport being seen as a viable alternative, it is unlikely to achieve the significant demographic shift from car user to public transport user to allow for significant reductions in carbon emissions across the region.

Overall it is an exciting time to live and work in South Wales and a willingness to invest in an integrated public transport system is going to be watched with interest. The hope is that Cardiff will use the benefit of hindsight and look at the success stories across Europe and deliver a public transport model that puts the “public” at the centre of it.

Stuart Pearson is a Senior Associate at Capital Law, specialising in construction, infrastructure, energy and major projects, from procurement to completion for public and private bodies.