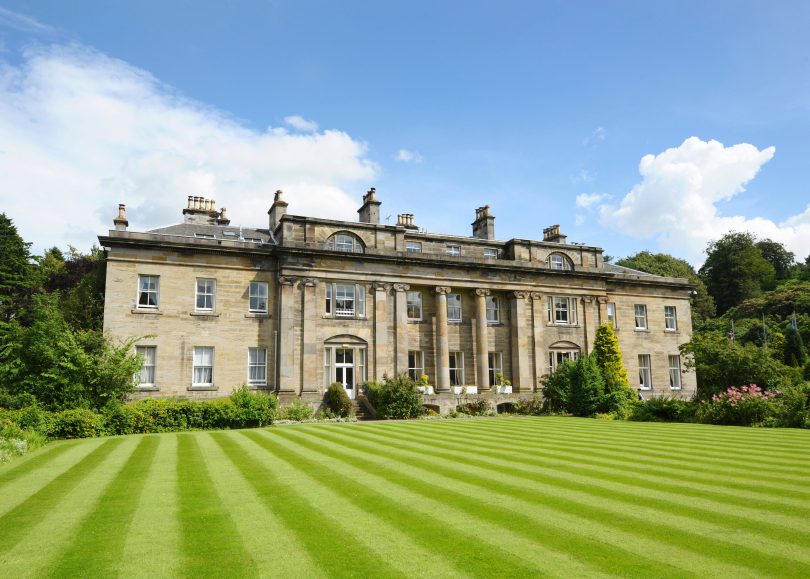 Balbirnie House Hotel, one of Fife’s premier hotel has announced its return to profit as the team pursues their goal of becoming Scotland’s first cashless hotel.

These results have been achieved amongst some of the most challenging trading conditions ever experienced by Scotland’s tourism and hospitality sectors. Figures from VisitScotland have confirmed that the number of inbound visits to Scotland plunged by a staggering 35 per cent in the first quarter of 2019.

In the annual report for the hotel, managing director Nicholas Russell said the directors are “very happy indeed to see a return to profit in this financial year.”

He said: “As at winter 2019, the hotel is investing in the installation of a complete technological upgrade across the entire span of reservations systems and operations, the Directors feel this is a very significant step towards the stated aim of becoming Scotland’s first cashless hotel.”

A £45,000 sum is being invested in new Guestline technology, which will then pave the way to a completely new digitalised ecosystem, embracing innovation, evolution and brand new in-house marketing capabilities.

The hotel is the recipient of numerous industry awards including 2018’s Global Best Destination Wedding Retreat, and 2019’s Global Best Destination Wedding Hotel via Haute Grandeur. Additionally, the hotel was named as Scotland’s 2019 Wedding Hotel of the Year via the Scottish Hotel of the Year Awards for the thirteenth time in fifteen years. Mr Russell says that the accumulated awards and all associated media coverage are a wonderful testament to hotel brigade teamwork, and have combined to strike a very emotive and resonant chord with prospective future wedding clients. ,

Mr. Russell has expressed concern about the impact of Brexit, as well as the rising costs of the minimum wage. Speaking of the difficulties experienced throughout the hospitality sector, he has said; “due to Brexit, there will continue to be accelerating costs, and similarly and specifically stemming from Brexit, there is very significant general uncertainty in the UK hospitality and tourism sectors.

The directors are also saddened to see the loss of ability to employ EU nationals, as a significant proportion of company employees have always previously originated from within the EU.”

Staff numbers at the hotel have reduced from 115 in 2017, to 94 in 2018, and to 81 this year, with the stated aim of providing much more working hours to many fewer individuals, thereby reducing employee turnover and increasing consistency. These measures have been specifically taken because of the loss of EU nationals.

Wages and associated costs also fell from £1.27m in 2018 to £1.23m in 2019, a drop of 3.6%. Mr Russell said: “Looking ahead, core trade diaries continue to be excellent, and the directors remain fully committed to ensuring this equilibrium and status quo is successfully maintained. Based upon diarised trade, the directors envisage an ongoing and continued return to historic trade levels.”