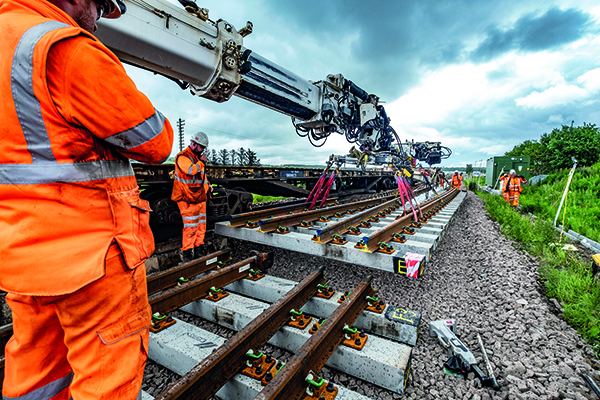 The Aberdeen-Inverness Improvement Project is being delivered in phases and will provide incremental benefits throughout the life of the scheme.

The project was approved by Transport for Scotland, the national transport agency of Scotland in March 2014. It is owned by Network Rail and operated by ScotRail, an alliance between Scotland’s state-owned company Abellio ScotRail and Network Rail.

The principal contract for Phase 1 of the Aberdeen-Inverness project was awarded to BAM in October 2015. BAM will work in partnership with Aecom, CH2M, Stobart Rail and Siemens to deliver the project. Development plans for the new stations are being prepared by The Highlands and Islands Transport Partnership (HITRANS) and the North East of Scotland Transport Partnership (NESTRANS), the two regional transport partnerships in Scotland.

The estimated investment for Phase 1 of the project is £240m, £170m of which will be invested over five years by the Scottish Government. The investment is part of the government’s £5bn programme to ensure better rail infrastructure and services throughout Scotland.

The Aberdeen-Inverness line is approximately 108 miles long and is primarily single track with some passing loops. The current passenger journey times (around 2 hours, 25 minutes) and irregular service (every 2 hours) between Aberdeen and Inverness mean that it does not offer an attractive alternative to road travel.

Transport for Scotland is the national transport agency for Scotland. Their purpose is to support and advise the Scottish Government on strategy and policy options for transport in Scotland, and increase sustainable economic growth through the development of national transport projects. They seek to deliver a safe, efficient, cost-effective and sustainable transport system for the benefit of the people of Scotland, playing a key role in helping to achieve the Scottish Government’s purpose of increasing sustainable economic growth with opportunities for all of Scotland to flourish.

The long term aspirations of the project aim to deliver:

The benefits of the Aberdeen-Inverness Improvement Project for ScotRail customers include:

The project has already delivered a new station at Forres for passengers at the eastern end of the line and next year will extend double-tracking to Inverurie. Phase one of the project is due for completion in 2019 and aims to deliver enhanced commuter services into each city and to facilitate the capacity for new stations at Kintore and Inverness Airport.

Closures are currently planned on the line between Aberdeen and Dyce between May 2019 and August 2019. It is understood that Inverness-Aberdeen train services will terminate at Dyce where replacement buses will operate to Aberdeen.

The whole project is set to be completed by 2030.