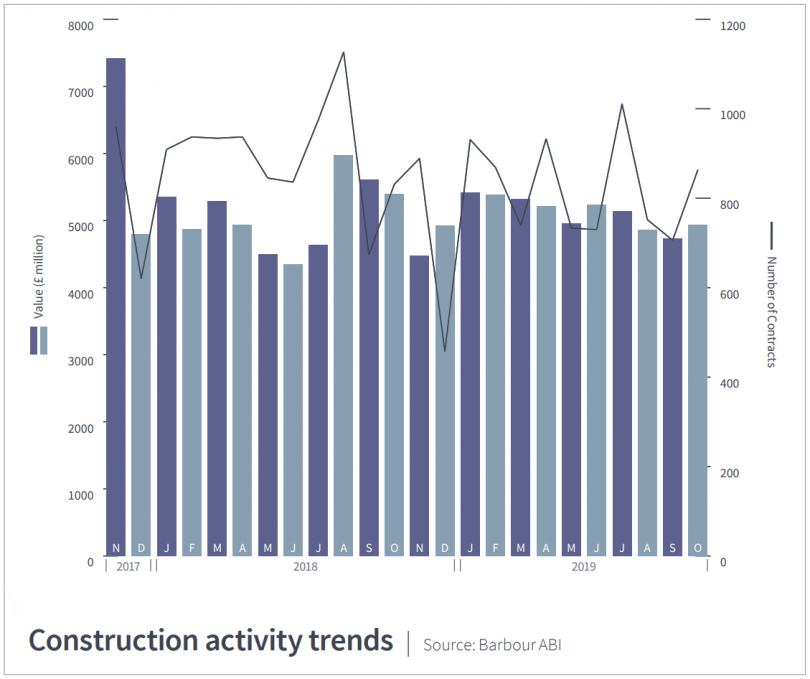 The value of all construction contract awards in October 2019 was £4.9 billion based on a three-month rolling average, which is an increase of 4.1% on September, and an increase of 28.5% when compared with October 2018.

The largest value contract award for October 2019 was the Fawley Refinery Upgrades in Southampton – valued at £800 million, substantially boosting the figures for industrial sector.

Commenting on the figures, Tom Hall, Chief Economist at Barbour ABI and AMA Research said, “The residential sector has experienced slightly slower activity throughout 2019, there has been a small pick up in London, but data shows that there is a cooling off in activity throughout the rest of the UK. The most recent help to buy data shows reduced volumes which would also support this view.”