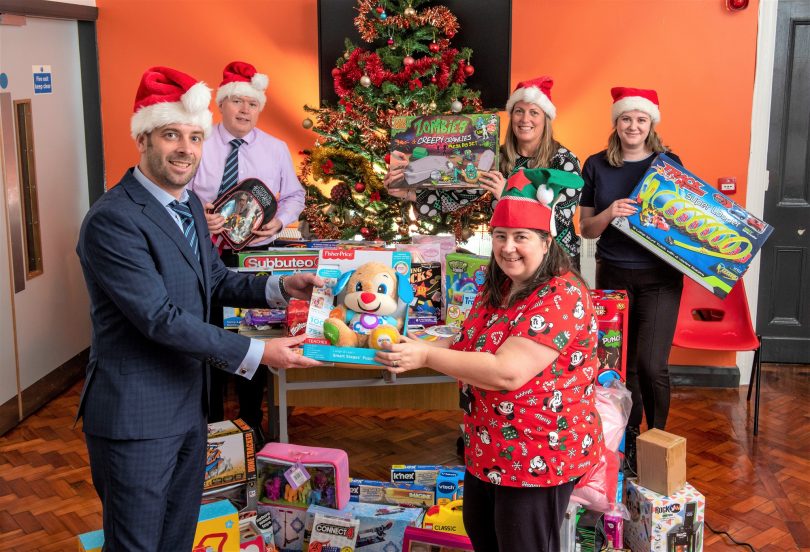 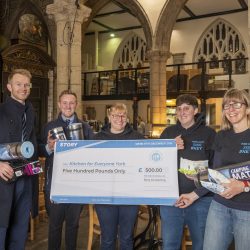 Homeless charities and those helping struggling families have received a Christmas boost thanks to Story Contracting and its staff.

The rail and infrastructure company did without its usual Christmas video and instead – as part of its commitment to be a ‘good neighbour’ – used the time and budget to help people in areas where it works.

In the company’s hometown of Carlisle, Story’s hard work meant that six vulnerable young people had a safe place to spend Christmas.

The company donated its Construction team’s skills and time to help renovate a property for charity Carlisle Key and get it ready to welcome young people in time for Christmas. In addition, they handed over more than £1,000 and lots of useful household items – from kettles to bedsheets – were donated by employees.

Story Scotland joined forces with Network Rail and fellow framework contractors QTS and Bam to collectively raise £1,500 for the Simon Community Street Lifestyles project. A team spent a day volunteering in their warehouse and donated essentials from the Blantyre office.

In Manchester, the company, together with the team from the Chorley office, donated more than £1,000 worth of toys to Wood Street Mission, which provides Christmas presents for children between 0-14 years old who are most in need.

In Birmingham, together with strategic partner FJD construction, they raised £900 to help sponsor a Christmas Day lunch for those experiencing homelessness in the city. Around 120 people were expected for the day run by Crisis Skylight Birmingham and were receiving goody bags filled with everyday essentials, such as toiletries.

And similar generosity in Yorkshire, meant £500 going to charity Kitchen for Everyone, allowing it to put on a Boxing Day festive meal for an estimated 60 people. They too handed out essentials, including roll mats for those sleeping rough.

Jason Butterworth, CEO of Story Contracting, said: “Christmas can be a joyful time of year for most of us but for those who are struggling or having a difficult time, it can be extremely challenging – especially to be without a home during the bitterly cold winter months.

“As a business, Story Contracting endeavours to be a good neighbour and we understand the importance of taking the time to give something back to the communities of which we are a part.

“We are proud to support these vital charities and to see first-hand the positive impacts they have. Providing care for those who are less fortunate and bringing them some much-needed hope this winter is something Story is passionate about supporting.”

Iain McNee, operations manager with Carlisle Key, said that without Story’s support more vulnerable young people would have found themselves sleeping on sofas, floors or, in the worst situations, on the streets this Christmas.

He said: “This is such an important service. A lot of people don’t have things that we take for granted. The young people who are moving in are very happy to be here, it’s a really nice house.

“Story have backed us right through the year with the time that they’ve given. Stripping plaster, painting and decorating – all sorts really. They’re a really handy team!

“They brought a new TV for the lounge and then they even came down and fitted the brackets so people could watch it. It’s all made such a difference.”

Birmingham Skylight co-ordinator Molly Luke said: “We owe a huge, huge thank you to Story for this donation, it is very much appreciated. We will use it to make sure that everyone has a special day.”