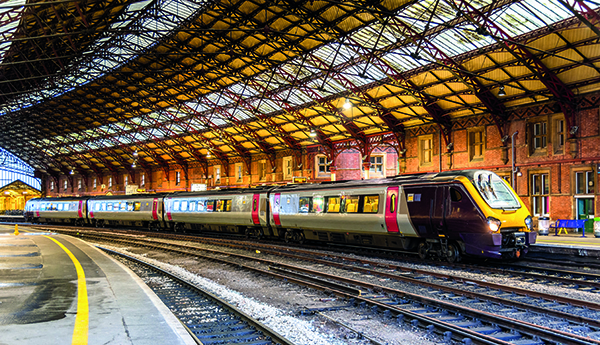 The project was recognised earlier this year at the ICE South West Civil Engineering Awards 2019, where it triumphed in the ‘Project over £3m re-engineered’ category.

The project is located in a highly constrained urban environment, running for 6km through Bristol city centre with circa 9000 residents within 250m of the site and interfacing with major public highways.

A key success was therefore minimising disruption to the public and stakeholders. The team made use of social media and news channels in conjunction with Great Western Railway and Bristol City Council to advise of site progress and planned disruption.

The project has delivered a lasting impact to the Bristol area and national rail network, demonstrated by the improvement in average public performance measure from 80% to 92% since commissioning. The project delivered the proposed capacity enhancements, greater flexibility, more resilience and less disruption. It removed a significant bottleneck in the national rail network in Bristol by increasing the number of tracks from two to four between Dr Days Junction and Filton Abbey Wood Station.

The project provides enhanced capacity for future intercity and suburban rail services, including two new trains per hour between London and Bristol and up to nine additional freight services per day. The additional tracks allow faster intercity trains to be split from suburban passenger services, contributing to journey time improvement on national CrossCountry trains of up to five minutes. Furthermore, the two new tracks can also be used as a diversionary route during times of maintenance and perturbation, removing hours of disruption for passengers and the associated CrossCountry “red route” tag.

Andrew Haynes, Network Rail’s project director for the west of England, said at the project’s beginnings: “This is an exciting time for the growing city of Bristol. For the last two years we have been working closely with the city council to make sure this project becomes a reality and it’s great news that we are now only a matter of weeks away from the start of work on this vital upgrade.

“The doubling of the tracks between Temple Meads and Parkway stations, together with our work to electrify the Great Western Main Line, will mean that passengers, residents and businesses in Bristol will benefit from an increase in services, reduced journey times and quieter, greener trains. All of this will help us to meet an increasing demand for rail travel and to continue to drive economic growth in the region.”
Completed so far is the installation of two new railway lines between Bristol Temple Meads and Filton Abbey Wood station in the autumn of 2018 and the lines are now fully operational.

Network Rail is already seeing significant benefits for passengers, through increased reliability and resilience. The Filton Bank Four-tracking upgrade also brings greater capacity for the network, enabling an increase in trains and paving the way for the potential future expansion of the rail network through Bristol and the surrounding area.

While the bulk of this upgrade was completed in 2018, they are now working through a programme of essential finishing work over the next couple of months, in the Filton Abbey Wood area. This includes:

Other projects taking place in the Great Western Routes are Bristol Temple Meads, and the Severn Beach line.