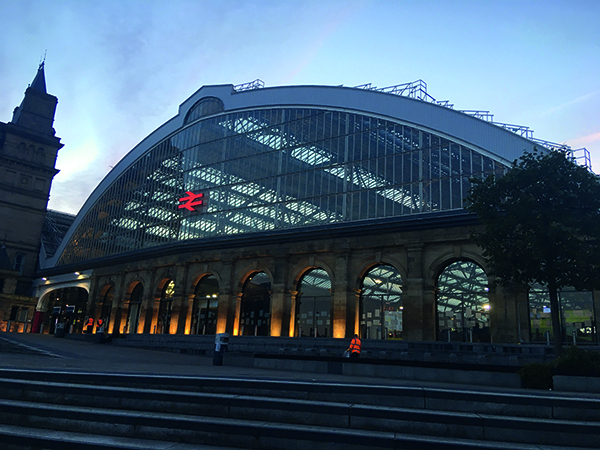 Liverpool Lime Street has been named as major station of the year at the 2019 National Rail Awards.

The Network Rail managed transport hub beat London Bridge, Kings Cross, Glasgow Central, Manchester Piccadilly and York to the top spot in one of the night’s most sought-after accolades.

The award comes after last year’s completion of a major £140m overhaul of the historic grade-II listed station.

The two-year transformation, carried out as part of the Great North Rail Project, has seen upgrades to track, platforms and signalling to enable more frequent, reliable and longer trains.

Paul Spiers, station manager at Liverpool Lime Street, said: “It feels amazing for my team to be recognised for all the hard work they’ve done at Lime Street. In the last few years the station has been transformed for passengers by a £140m Great North Rail Project investment.

“Such major work is really challenging and can’t be achieved without the dedication and commitment of the entire team. They powered through and kept passengers moving right through the overhaul and without them it wouldn’t have been possible. I’d also like to thank our passengers for their patience and coping so well with the disruption while we made their station fit for the 21st century.”

Tim Shoveller, managing director of the North West & Central region, said: “Liverpool Lime Street’s multi-million-pound transformation was a huge team effort by the entire rail industry between 2016 and 2018. The fact this has now been recognised by this prestigious award is testament to that hard work and we’re proud to accept it on behalf of every contractor, stakeholder and organisation who helped us achieve this success.

“The investment in Liverpool is paying off for the tens of thousands of passengers who use Lime Street every day, as we continue to deliver a modern, reliable and punctual railway for people across our North West route.”

More work is taking place on the weekend of the 2 and 3 of November for a multi-million-pound signalling upgrade at nearby Edge Hill station.

Lime Street station will need to close for the work. Passengers can still get to and from central Liverpool using rail replacement buses or by using the Merseyrail network via Liverpool South Parkway – adding an additional 10-15 minutes to journeys.

For more information about the station closures and travel plans visit www.networkrail.co.uk/LCR.