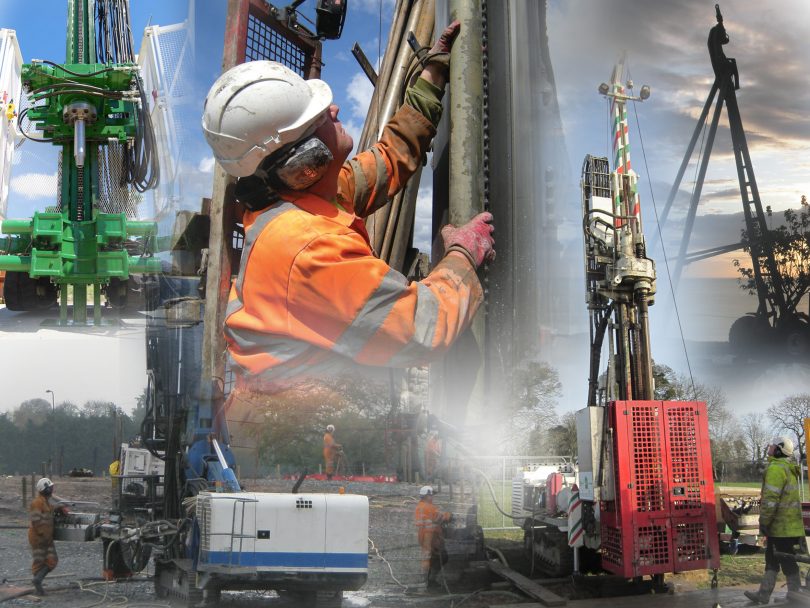 Drilling and Grouting, Module 5 and Site Management, Module 6 – took place 10th – 13th February, and Land Drilling reported that all candidates participated fully in the programme, asking questions, as well as being keen to learn more to further their career. All candidates displayed a wealth of knowledge between them and were a credit to their companies throughout the week.

Integral to the Drilling and Grouting module, Land Drilling arranged some real-world experience with the apprentices visiting a working site, organised by Sirius, which allowed the apprentices to ask lots of questions and observe the grouting process.

Apprentices, through the two course modules, gained a better understanding of how a site is managed and planned out, and about accompanying paperwork, such as RAMS, LOLER, PUWER, COSHH and equipment on site. More general information such as the purposes of grouts, mixes, dangers involved and type of rigs used were also included, as well as allowing candidates to gain a better understanding of running a site, including borehole layout, ordering, certification for equipment and RAMS. How to organise materials and how to cope with responsibility, which leads to learning of how to run a site and more importantly, how to set up a site safely were also covered.

Land Drilling reported that feedback from the two courses has been good, with candidates commenting on its objectives being well explained and them gaining a good broad knowledge of grouting. Of particular note was how useful the site visit was, with candidates feeding back how it helped them to get a better understanding of how it works.

Land Drilling NVQ is keen to improve the health and wellbeing of drillers within the industry too so organised free gym passes to all those who attended.