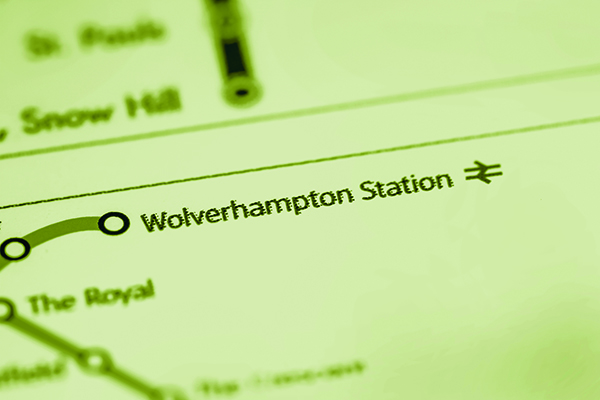 Due to be fully operational in summer 2020, the new state-of-the-art Wolverhampton Train Station forms part of a wider £150 million City of Wolverhampton Interchange Improvement Scheme.

The new station will benefit from an enhanced Birmingham New Street style ticket office, larger passenger concourse, ample ticket barriers to ease flow onto and off platforms, much improved retail and café facilities, increased taxi rank provision and a more efficient passenger drop off/pick up arrangement. The new layout of the station will also mean that the pedestrian subway will bring customers directly into the heart of the station building.

Work on the new station is being completed in two phases to ensure train services from City of Wolverhampton operate as normal throughout. Work on the station began in 2017 following the extension and refurbishment of the station multi storey car park.

Phase one of the project saw contractors Galliford Try set up the works compound and bring down a former British Transport Police building, with a small section of the current station building next to Platform 1 also demolished. The erection of the first section of the new station building swiftly followed and became operational in autumn 2019. Phase two of the programme then began which includes the bringing down of the remainder of the current station and the completion of new build elements. Enabling works have also commenced, with Ion Developments acting as delivery partner.

Councillor Peter Bilson, Deputy Leader and Cabinet Member for City Assets at City of Wolverhampton Council previously commented: “The people of Wolverhampton can look forward to a railway station befitting of their city. There is £3.7 billion of investment currently on site or in the pipeline across Wolverhampton. As part of this regeneration it is crucial visitors to our city get the best first impression possible and their travel experience is enhanced – this new state of the art station will deliver that.”

Simon Burton, Managing Director for Galliford Try also commented: “It is great for our business to be part of this ambitious scheme which will make a lasting difference to the civic fabric of Wolverhampton. We look forward to working with all the stakeholders involved to create a first-class facility for passengers and the community.”

Once work on the station is completed it will pave the way for the Midland Metro Alliance to begin the final link of the new city centre tram extension.