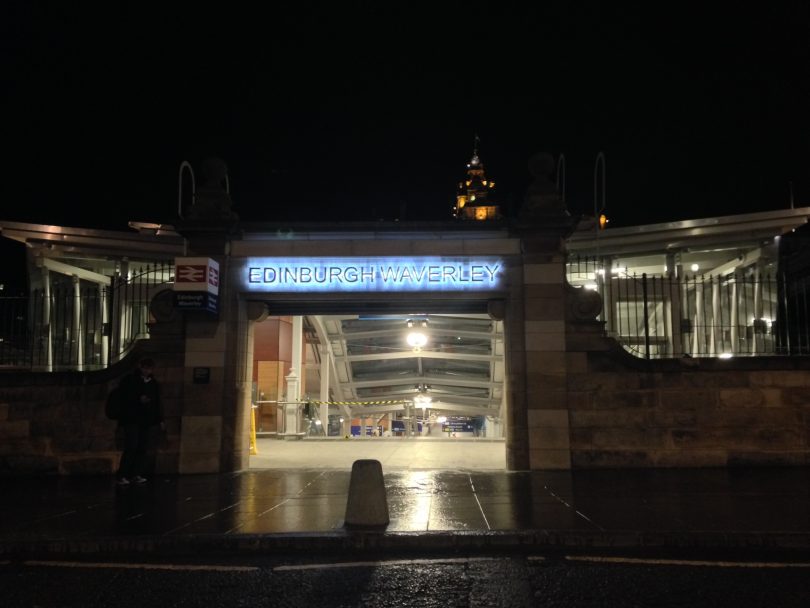 Over the last few years a number of rail improvement projects have taken place across Scotland. Work to improve stations, complete line electrification and upgrade railway infrastructure have all been completed to provide travellers with a more efficient service and way of travelling.

Aberdeen to Inverness
The Aberdeen-Inverness Improvement Project is being delivered in phases and will provide incremental benefits throughout the life of the scheme. Phase one of the project was completed in December 2019.

The Aberdeen-Inverness Improvement project is a Scottish Government funded project to upgrade the railway infrastructure between Aberdeen and Inverness.

Phase One of the scheme aimed to deliver enhanced commuter services into each city and to facilitate the capacity for new stations at Kintore and Inverness Airport.

Upon its completion in 2019, Phase One has delivered:

Future phases of the project will help support an hourly service between Aberdeen and Inverness, with an average journey time of around two hours. The exact scope and timing of works to achieve this is still to be determined. The whole project is scheduled to be delivered by 2030.
EGIP (Edinburgh to Glasgow Improvement Programme)
The Edinburgh Glasgow Improvement Programme, more commonly known as EGIP, is a comprehensive package of improvements to Scotland’s railway infrastructure. The £650 million scheme is a Scottish Government priority being delivered by Network Rail in a bid to modernise and upgrade key junctions and infrastructure, as well as widespread electrification of the Scottish rail network, including the main line between Edinburgh and Glasgow.

The key elements of the project include widespread line electrification, a redevelopment of Queen Street station, platform lengthening in various locations and Edinburgh Waverley station improvements. Other aspects of the project include general signalling improvements, junction upgrades, the creation of a new electric Millerhill Depot, the new Edinburgh Gateway station and Haymarket station redevelopment.
Highland Main Line
Network Rail has completed a £57 million programme of upgrades on the Highland Main Line (HML) between Perth and Inverness.

Completion of the Scottish Government-funded investment on the line linking Inverness to Glasgow and Edinburgh will help deliver an hourly service, with average journey times reduced by around 10 minutes and enable potential improvements to the times of the first and last trains between Inverness and the Central Belt.

The project, which started in summer 2018, primarily focussed on Aviemore and Pitlochry and delivered work to remodel and extend tracks and upgrade signalling which now enables trains to move more efficiently along the rail corridor.

Along with the introduction of new trains, work has improved connectivity, supported more services and improved journey times to create a more attractive public transport choice for all of the communities along the line.
Shotts Line
Network Rail has completed the £160m electrification of the Shotts Line on time and on budget.

Delivery of the Scottish Government-funded project to upgrade the line between Edinburgh and Glasgow has created a fifth electrified route between Scotland’s largest cities.

A central part of the Scottish Government’s rail strategy, electrification has the potential to transform the passenger experience on the line, reducing journey times and adding capacity, on comfortable, efficient and more reliable electric trains.

The investment was made to add resilience and capacity into the network to cater for projected growth in passenger numbers from towns such as Livingston and West Calder in Edinburgh in the east and from Cleland and Shotts into Glasgow in the west.

The project team worked more than 1 million hours to install the 1,400 masts that have been erected to carry 223 kilometres of overhead wires needed to electrify the line.

Major modifications have also been carried out at 17 bridges – including the removal of some and demolition-reconstruction of others – along the route to create enough space for the new overhead lines.

As well as improving the railway, these reconstructed bridges have significantly enhanced the road infrastructure across North Lanarkshire and West Lothian. 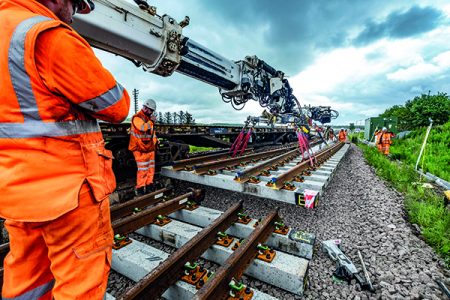