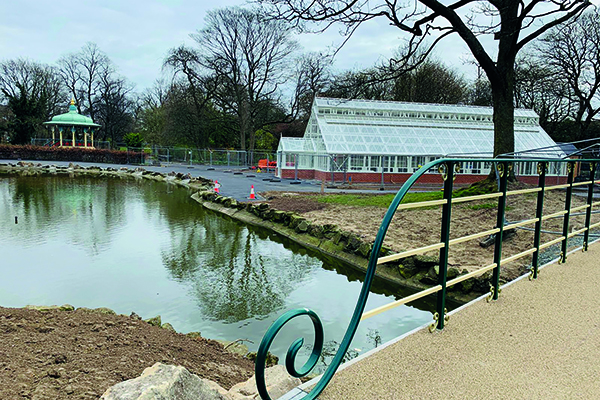 With a rich history stretching back over 150 years, Pearson Park in Hull is one of the city’s most beloved and recognisable landmarks.

When it was established in 1862, after the land was gifted by Zachariah Pearson, Pearson Park became Hull’s first public park. The park catered to the growing demands of a working class population seeking to make the most of increased leisure time and disposable income. Also known as the People’s Park, Pearson Park still resonates with Victorian grandeur.

In an effort to maintain and secure the future of this grandeur, the park is currently subject to an extensive restoration programme that will conserve and enhance its rich history for many generations to come.

In 2014, Hull City Council and the Pearson Park Trust received initial support from the Heritage Lottery Fund (HLF) and the Big Lottery Fund for Pearson Park. This development funding of £156,600 helped plans for the restoration to progress and allowed work to start to take place in the park to restore the historic MacFarlane drinking fountain bowl.

This was followed in 2017 by the awarding of a £3m National Lottery grant, under the Parks for People scheme. This meant the following work could take place:

The grant award also funds a five-year activity plan to provide new educational and training opportunities that will benefit local residents and look to increase community engagement with the park.

Plans for the regeneration of the park were approved at the council’s Planning Committee in preparation for the final bid, meaning the procurement for the construction work on the restoration could begin quickly.

One of the most significant aspects of the regeneration has been the renovation of the 150-year-old Pearson Park archway. The gateway was initially removed in 50 pieces from Pearson Avenue during November and December 2018. It was transported to restoration specialists Lost Art’s workshop where the extent of corrosion that the structure had suffered was assessed and repair work took place.

Repairs ranged from infilling simple hairline cracks to more complex work including the recreation of some of the detailing lost over the years and rebuilt using original drawings and historical photographs.

For example, when the gateway was deconstructed, paint samples were taken from areas across the whole of the structure so a new colour scheme could be determined.

It revealed the original red base coat was followed by several layers of a rich cream colour with accents of green, the colour the gateway was painted for the majority of its lifetime. The grey, white and yellow that visitors to Pearson Park would be more familiar with was a more recent addition.

The evidence from the analysis has been used to produce a colour scheme for the newly restored gateway. This gives the structure a brighter appearance that is more in keeping with a typical Victorian palette from the 1860s, the period when the archway was designed.

The second phase of works, being delivered by William Birch and Sons Ltd, is now nearing its end. Work to restore the park’s bowling pavilion has now concluded, while the new bandstand and the extension of the East Lodge are reaching completion.

Work to improve the popular ice cream kiosk is under way with new French doors and windows installed and a pergola to provide shelter is being built at the front of the existing building. The stunning replica Victorian conservatory now has a complete frame and the glass panels are now in place. Work has also started on the inside of the building, preparing for the new colourful planting scheme. Once complete, a weathervane will be added to the roof.

With the finish line now in sight, residents can look forward to a new era for Pearson Park and another century of thrills within its stunning grounds. 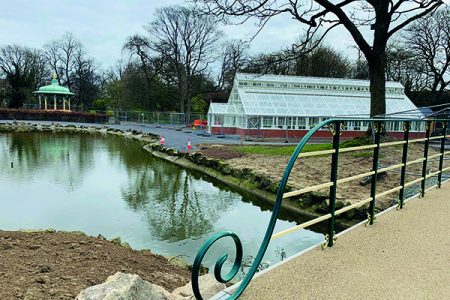