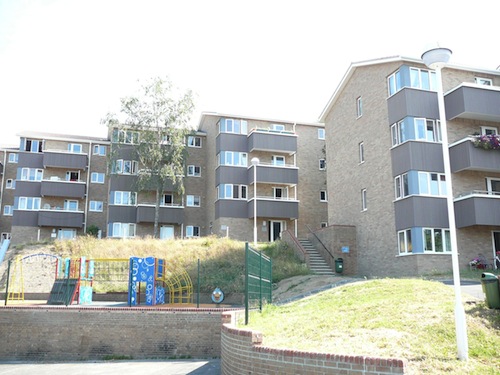 The island of Jersey’s largest housing provider, the States of Jersey Housing Department, has gained an enviable reputation for housing refurbishment, with around 4,500 properties and 13,000 tenants benefiting from its current and future projects.

Currently undergoing its own transformation programme, the States of Jersey Housing Department will see its rebirth as a new wholly States owned Housing Company in 2014 and in so doing, releasing funds to speed up their refurbishment and new build programme.

Describing the Department’s objectives on the projects, Mike Porter of the States of Jersey Housing said:

“The receipt of economic stimulus funding from the Island’s Treasury Minister, has provided a key opportunity to tackle many projects sooner than anticipated. As well as bringing forward new build projects and accelerating much needed refurbishments, this has provided a welcome injection for the local building industry. This is a corporate objective that we are very proud to be a part of.” 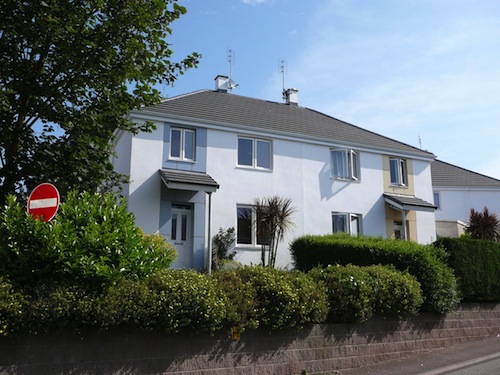 The main contractor for phases 2a and 2b of the Le Squez project was AC Mauger. These phases were completed last May, which means that the next phase, 2c – which began this January – is well underway and is due to be completed in 2014.

Phase 2c is a redevelopment project for an element of one of their oldest and largest estates, which is in need of regeneration and will provide 24 new homes.

Whilst the work is being undertaken residents are being decanted, into new buildings where possible, with older properties demolished to make way for the next phases. The project is to be accelerated across the whole estate, which will yield an additional 137 homes within the next five years.

“We are working very closely with our residents and our team of professionals on this project, all of whom were commissioned to provide that best quality service. We are very pleased with Phases 2a and 2b and with 2c halfway to completion we look forward to seeing the same standards once this phase is finished.” 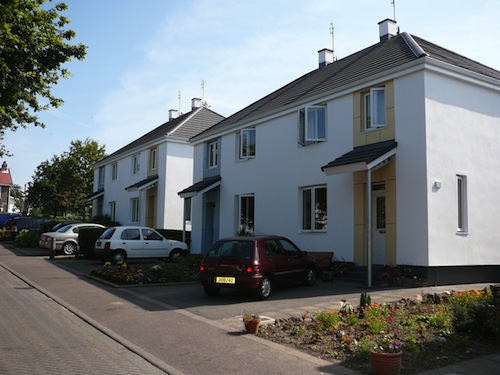 This development, which started in January of this year, will consist of nine new units falling into an already pre-existing Journeaux Court. Adjacent run-down neighbouring buildings were bought by the States of Jersey Housing Department in order to be demolished and rebuilt, bringing a collection of new one-bedroom flats to the community.

The new flats fit well into the fully established estate, enhancing the area and will reach completion in late 2013. The main contractor for Journeaux Court is AC Mauger.

Dandara, the main contractor on Langtry Gardens, is developing a large site in St Saviour which will include 80 new social rented homes as part of a wider retirement village, which will also include a 42 bed care home. 32 of the 80 social rented homes will be bungalows, which will be owned by the Parish of St Saviour, and the remaining 48 apartments will be retained by the Housing Department and added to its social rented portfolio. Work on site is progressing well and it is anticipated that the first homes will be available by the summer of 2015. Work on the care home is yet to get underway and is pending the identification of a suitable operator. 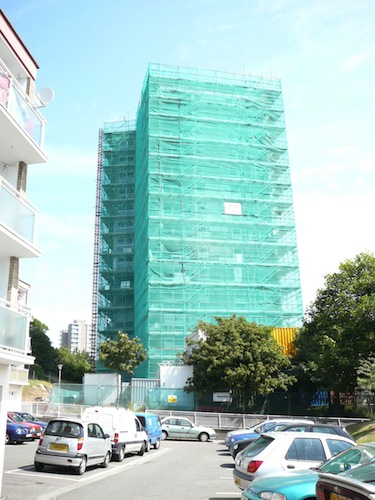 Work began on the project in October 2011, with Camerons Ltd as the main contractor and Morris Architects as the architect. The Housing Department are managing the project, Rothwells Consulting is the structural consultant and the States of Jersey’s own M & E Consultants are the mechanical and electrical consultants. The Quantity Surveyors on this project are Colin Smith Partnership.

Refurbishment works include the installation of a high performance external wall insulation system, new roof coverings, new doors – in order to conform to Secure by Design requirements – and the replacement of water cylinders. New ventilation systems are also being installed in bathrooms and kitchens, and a new door entry system is being installed.

Existing satellite TV and telephones will also benefit from an upgrade during the refurbishment scheme.

Jardin Des Carreaux is a development built up of 50 properties with a mixture of three and four-bedroom houses and two-bedroom flats. The over clad development has a modern feel to it including new windows and doors as well as insulation to roofs and roof coverings.

Working alongside the main contractor Larsens, the States of Jersey Housing Department carried out additional maintenance on the properties, installing new central heating systems. The new systems – ensure that all of the properties benefit from night storage electric heating.

La Collette High-Rise comprises one high-rise block of 56 flats. Half of the development comprises one-bedroom units, whilst the remaining half is two-bedroom flats. Work began on the project in September 2012 and will reach completion in early 2014. 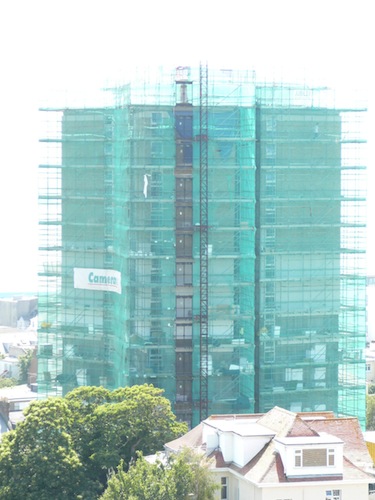 The project has been divided into sections so that a full ‘decent home standard’ specification can be completed on the internal areas of the building. Additional works include the replacement of balconies and windows and the installation of new kitchens and bathrooms. All of the services in the building have been replaced, including brand new lifts.

Camerons is the main contractor at La Collette, Arup is the engineer and Morris Architects is providing all architectural services. The Quantity Surveyors on this project are Colin Smith Partnership.