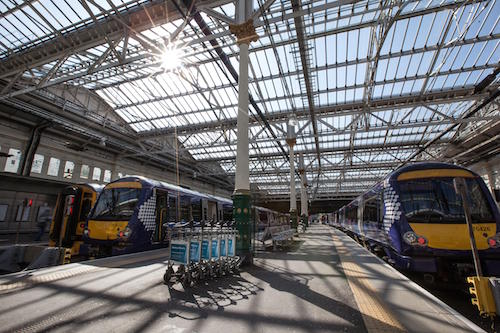 The National Rail Awards 2014 – which took place on Thursday 18th September – was a celebration of the rail industry, rewarding those who have made a huge difference to the railway network.

The event was a huge success and not only did it see a plethora of leading names take to the stage to collect awards, it also demonstrated the commitment that is being made to improving railways.

Chairman of the Judges for the National Rail Awards, John Swift QC, said:

“What is remarkable about the railway, and the reason why it has been such an extraordinary success story in recent years, is the sheer dedication of railway people to serve the passengers and the freight users with passion. Private sector passenger and freight train operators are serving the public interest, and all dependent on Network Rail, which is now planted firmly in the public sector, to renew and enhance the infrastructure so as to accommodate growth in demand. The fact that our railway now heads European tables for passenger satisfaction is testament to that.”

The celebration kicked off at 6pm with a pre-dinner drinks reception in the hotel’s ballroom, with the awards presentation taking place at 9:30pm.

East Midlands Trains picked up Passenger Operator of the Year, whilst Southern Railway and Cubic Transportation Systems was awarded in the category of Putting Passengers First. To complete the night, Balfour Beatty was honoured with Project of the Year for the Waverley Station refurbishment project.