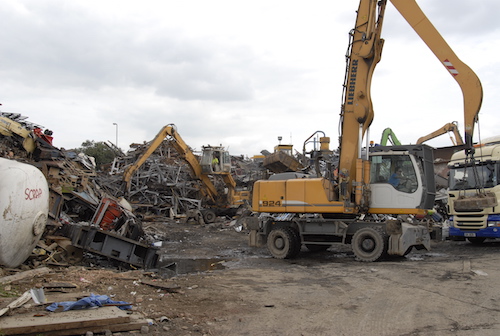 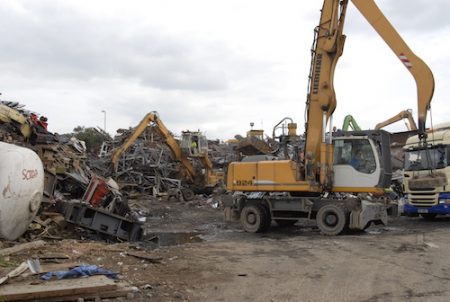 Trace-in-Metal Ltd was established in 2012 to develop a revolutionary way of indelibly marking metal, in particular lead sheet, a very attractive target for metal thieves.

This revolutionary invention, which was developed with the help of Swedish ballistics experts, allows metal to be tracked from roof top to melting pot.

The Trace-in-Metal system, which has been designed by former West Yorkshire police detectives, fires thousands of microdots into metal, marking them with a unique identifying code, using an adapted CO2 powered rifle. The patented metal tracking system infuses thousands of nickel microdots into existing assets, including metal sheets and cabling.

In addition to being impregnated into the asset, the microdots which are almost invisible to the naked eye are also painted on to surfaces using an all-weather lacquer that shows up under ultra-violet light. Such is the science behind Trace-in-Metal, that even the smelting process cannot destroy the nickel dots and their unique tags.

The dots survive temperatures of up to 1400 degrees, can be recovered with a magnet, can be read with a handheld microscope and can be checked with a simple glance through a traceable database. This means that the Trace-in-Metal system is a cost-effective and efficient solution to an age old and very expensive problem.

“There was a realisation, during the height of metal theft of 2011/2012 that the solutions available on the market weren’t working. When we analysed the problem it became very clear, very quickly, that there was no resilience through the metal recycling food chain. The main driver was scrap metal dealers (SMDs) who were unfortunately willing to buy stolen metals because they knew they could make a profit on it. Trace-in-Metal stops this from happening. 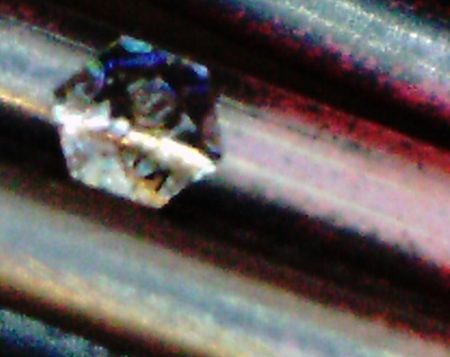 “I’m proud to say the Trace-in-Metal system is a Yorkshire invention that utilises Swedish ballistics expertise. It is totally unique and we believe revolutionises the way valuable metal, in particular lead, is protected from thieves.

“Asset theft is big business. With resourcing being an on-going problem for police forces, anything that helps in preventing crime and saving police time must be welcomed.”

“Our first foray into the industry was in marking lead in the construction sector; however we also mark cables for the railway industry, allowing us to trace other assets.

“We’re trying to address a problem which no one has an exact figure or handle on, but we are certainly talking big numbers. There hasn’t been the ability to provide this traceability of metals or assets before, but Trace-in-Metal changes that.

“Our system is very much aimed at removing the market for stolen assets and because the markers cannot be removed, materials cannot be sold on. To help with this, we sign up the local SMD’s as Trace-in-Metal detectors, and provide them with a deterrent signage.” 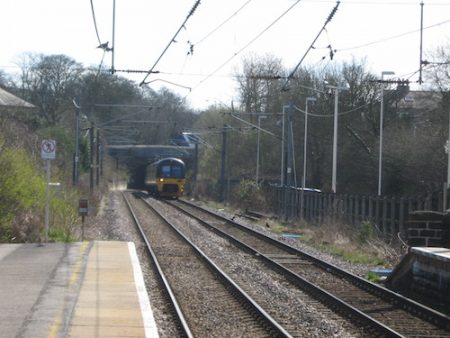 “Over the past couple of years we’ve seen an improvement in the standards of licensing, but what hasn’t changed is the ability to tie stolen materials down to specific transactions. Until our technology or a singular technology is adopted, this will always remain a constant problem for law enforcement and remain the weak link in the chain.”

The amount of metal used in operating a fail-safe railway network is high, and unfortunately most of it is exposed, which is very tempting for would-be thieves. Each year, the rail industry spends billions of pounds on renewing, installing and maintaining its assets.

Not only does the industry spend out on replacing stolen stock, but it also invests in new techniques which can help improve the future of railway travel, further adding to the amount of materials available to criminals.

John looks to a future which is free from the problems of asset theft and hopes to see this happen within the next decade.

“I’d like to see the audit controls on all metals, cables and mobile assets vastly improved and the legitimate scrap metal dealers able to focus on recycling legitimate metal, instead of being slowed down by the constant worry of handling stolen scrap metal. I want rail journeys to no longer be interrupted by cabling faults, resulting from the theft of cabling and that live cables are where they should be – powering the railway. I want to see a reduction in risks for contractors who are tasked with carrying out repairs because of these crimes.”

For more information about the unique service that Trace-in-Metal provides, please visit: www.trace-in-metal.com. Or call 0330 2233014.