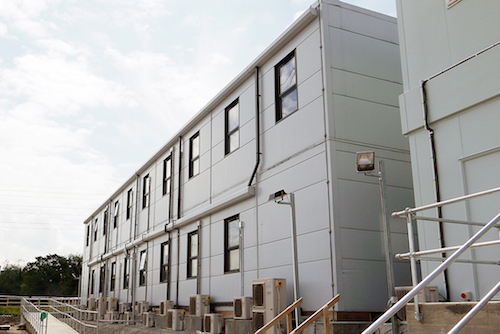 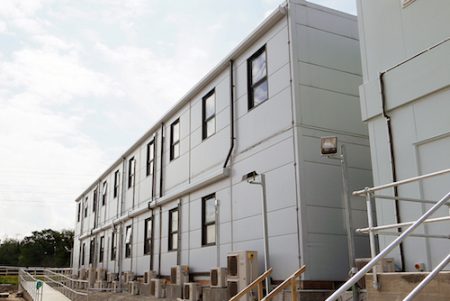 NET Phase Two, which is another element of the Greater Nottingham transport strategy, has progressed well and is now well into the testing and commissioning phase.

The project has seen the doubling of Nottingham’s tram network with 17.5km of new track being laid and 28 new tram stops constructed.

The works, which were commissioned to ease access to many of the area’s largest employers, has been undertaken by Taylor Woodrow and Alstomm as a joint venture on behalf of Tramlink Nottingham; the NET concession holder appointed by Nottingham City Council.

NET’s expansion will enable around 23 million passengers a year to use the new network and help boost the local economy by up to £300 million. The scheme has also created over 8000 local jobs and provided 16 services every hour in each direction of the city centre.

NET Line One opened in 2004 and has been highly successful carrying 10 million passengers per year, significantly improving accessibility and lessening the amount of car journeys each year off congested roads. NET Phase Two was commissioned with the aim of building on what was achieved in the first phase.

The scheme has provided 5,400 tram-based parking spaces at seven park and ride sites, as well as provided new ticket machines at tram stops. New trams, designed to carry up to 200 people, have also been introduced as part of the project.

The project has also supported the transformation of Beeston town centre and Clifton as well as created new areas of open space for the public to enjoy. Land use policies, regeneration schemes and neighbourhood transformation strategies in the City Centre, including the district centres of Beeston and Clifton and other important employment and residential areas, have formed part of the three year development.

Integration with the road network through Park & Ride facilities has also been encouraged, providing congestion relief to the A453, A52 and other local roads. Park & Ride now serves all routes into Nottingham from the three M1 junctions. 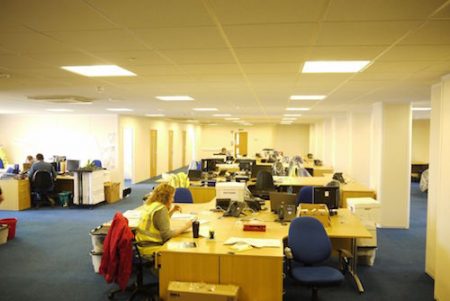 Anchor Systems Europe Ltd (ASEL) was also involved in this scheme. As part of the second phase of the NET scheme ASEL were engaged to stabilize the slope immediately behind the RediRock wall on Ruddington Lane so that new rail lines could be installed without obstruction. The team was required to provide a solution to anchor the slope back to alleviate the horizontal load burden on the RediRock wall to reduce the wall footing. After the firm analyzed the soil data ASEL proposed the use of MR3 ground anchors.

Koshe Patel from ASEL commented that the structural stabilization was not originally envisaged. However, the collaborative approach adopted by Wesley Morse from Taylor Woodrow Alstom JV resolved matters without major effect to the program.

Midland Reinforced Concrete specialise in the construction of reinforced concrete structures, supplying all plant, labour, temporary works, materials and some permanent works materials when necessary. The firm built the majority of the bridges on NET 2, including Nottingham Station Bridge, QMC Viaduct and the floating track slab through Nottingham University, as well as Fairham Brook Bridge, in Clifton.

Midland Reinforced Concrete also installed over 10,000 linear metres of ducting, 1,600m2 of architectural concrete and 1,700m of drainage channels and kerbs on the QMC viaduct. A spokesperson from the firm commented:

“Our Director Anthony Nicholls was born and raised in Nottinghamshire and as one of the Midlands leading bridge building companies, NET 2 was a ‘must have’ project for him. We employed as many people as possible from Nottinghamshire including using Nottinghamshire’s Skills Hub to recruit a new quantity surveyor.”

Beech Restoration Ltd specialise in the cleaning and restoration of stone, brick and terracotta, as well as repointing in the commercial, residential and rail industries. For this project the firm undertook a numberof projects including restoring the buttresses at the Woolford Bridge tram route and rebuilding a timber lantern roof light on the roof.

“It was very important for us to be involved in this project as we enjoy being part of the history of the city. Most of our staff live in the city and so are local to the scheme. Overall it was a really good project.”

A D Modular specialise in the supply of modular, cabin and welfare accommodation and have recently supplied temporary site and office accommodation for Taylor Woodrow and their client . Denise Medley from A D Modular commented:

“The project was high profile working with both Vinci and Network Rail. We utilised labour from the area and worked closely with Vinci to provide and continue to maintain the buildings throughout the period of the project.”

The last of the new trams arrived in Nottingham in November last year signalling that the end of the project was drawing close. The 22 new Citadis trams marked another important milestone in the expansion of the city’s tram network.

“Major construction work on the extensions to Clifton and Chilwell is virtually complete with track having been laid along the entire route. Now local communities will start to see the testing and commissioning phase of the project really gathering pace over the coming weeks.

“The extensive testing of infrastructure, tracks and equipment across the expanded network is progressing well. Night-time trials are currently taking place on the line as far as Clifton town centre and as far as the ng2 Business Park, on the new line to Chilwell.”

“Clearly this is a key moment for the project as people will see trams running in their communities during daylight hours. Although trams travel along on-street sections of the route like any other vehicle it will obviously be an unfamiliar sight at first and people will need to get used to them.”

“Daytime testing to Wilford on the new line to Clifton means that people in that area will get a chance to see the new trams and get a real feel for what it will be like when services start running.

“It’s another demonstration that the construction stage is coming to an end as we move into testing and commissioning.”

J A Kent Services are traditionally ‘first in’ and ‘last out’ contractors specialising in site clearance, tree clearance, vegetation clearance and preparing sites for other contractors.

The firm was recently involved with Vinci Taylor Woodrow on the Net phase 2 redevelopment and have worked on all aspects of the tram and train works, from site clearance to the final landscaping.

“As main subcontractors for the Nottingham Tram and A453 widening scheme we employed local people and enjoyed undertaking local work. We pride ourselves on offering our clients an assured service; striving to deliver the best whilst completing each project safely, competently and efficiently to an agreed programme.”