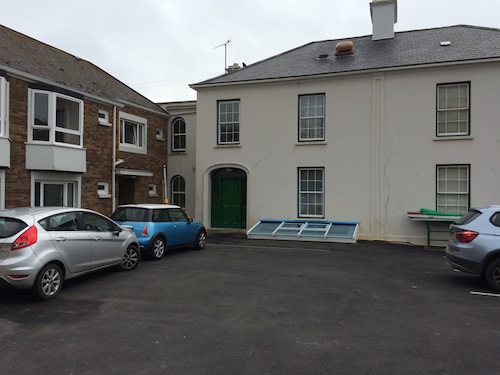 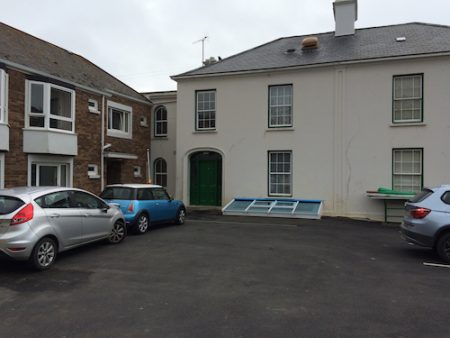 A Methodist Homes for the Aged project to revamp Stuart Court in Jersey is nearing completion.

The programme of works has seen the installation of a brand new, state of the art commercial kitchen in a newly constructed basement area; as well as improving the buildings laundry and drying facilities.

Premier Construction; Channel Islands Focus caught up with James Naish, owner of James Naish Architects to find out more about the project, which he oversaw. James commented:

“I have overseen a lot of the Methodist Homes for the Aged projects in the past and so became involved with the Stuart Court project because of our longstanding relationship with the charity. The charity, which already operates two nursing homes, began the planning process for this scheme in mid-2013 with works began on site in August 2014.

“The clients required larger dining and better kitchen facilities so I was asked to rearrange the current facilities to suit their needs. I came up with the idea of forming a completely new kitchen by constructing a new basement under the existing car park of the property as the existing facilities were tired and too small. The care home also needed to upgrade the kitchens ventilation and change the current gas system to induction.”

The building, which is Listed, was five storeys before the extension project began; now the L shaped building contains a basement floor comprising the new kitchen area. The basement area contains a new delivery area, a link way to the existing ancillary/cutlery area, a new commercial kitchen, a vegetable preparation area, a walk in larder and a walk in cold room.

Keystone Builders managed the construction works on site, working alongside James Naish Architects and Methodist Homes for the Aged to ensure the scheme progressed smoothly. Works involved the realignment of the building’s entrance and the formation of a temporary entrance, as well as the excavation of the car park.

The on site team then built a waterproof concrete enclosure to house the basement before forming a concrete lid which acted as the base of the new car park. The programme of works has been tight and has thrown up a number of challenges due to the Listed status of the building.

James Naish and his team worked alongside local conservation officers in order to ensure the extension and additional works did not affect the authenticity of the building. As the project was not going to make any radical changes to the aesthetics of the building the planning process was relatively simple.

The care home has remained operational throughout the works with the existing kitchen having to use alternative gas facilities up until the completion of the new kitchen area. There were also issues with the delivery of specialist equipment to the island; however aside from a few teething problems the project ran smoothly.

“The residents and the staff have been brilliant during the scheme and have been very interested in the ongoing works, which they recognise are for their benefit. The residents were interested in seeing the works progress and therefore were very understanding when being warned about the noisy operations. Stuart Court staff also managed the scheme excellently.”

Works are set to complete by the end of April 2015. The final installation of the kitchen is still underway; when complete the new kitchen will run alongside the old kitchen for a few weeks before being transformed into much needed additional dining space.

Works are still due to be undertaken to improve Stuart Court’s laundry and drying facilities, which will involve rearranging the internal layout of the building to provide more useable laundry areas.

“As a practice we are really encouraged to be able to help with this scheme. As it is a large extension for the charity it is really important that everything works well and everyone is happy with it. We are really delighted to be involved and continue a longstanding relationship with the clients.”