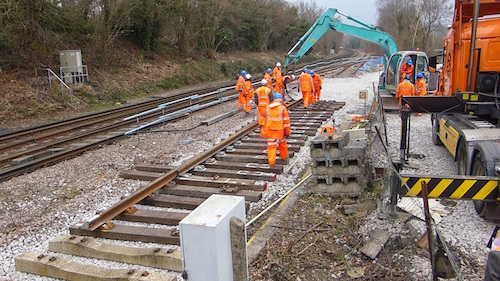 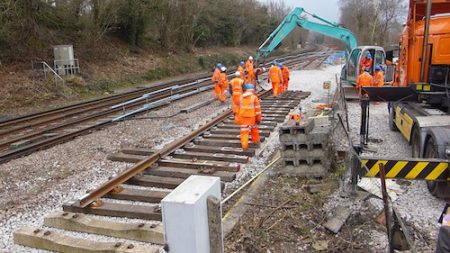 The project is to replace the ‘missing link’ between Robertsbridge and Bodiam on the Kent and East Sussex heritage railway which operates from Bodiam to Tenterden.

Completion of the new railway adjacent to the main Network Rail Line at Robertsbridge will enable visitors to use the country’s public transport system to access the Kent & East Sussex Railway and the attractions it serves.

Steam trains running along the completed Rother Valley railway will serve popular attractions such as the National Trust’s Bodiam Castle and Great Dixter Gardens at Northiam. 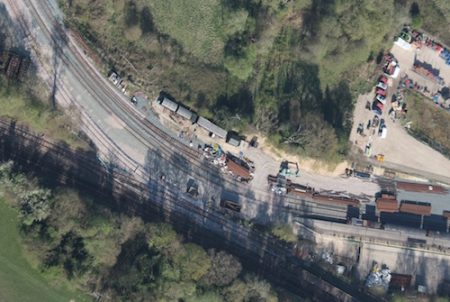 The RVR began by reinstating the first few hundred yards of line eastwards from Robertsbridge, and also a short stretch westwards from Bodiam.

In 2010, the latter section was further extended to reach Junction Road and trains are now running along this section of track.

In summer 2011 work began at Robertsbridge to extend the line approximately half a mile eastwards to Northbridge Street, which entailed the rebuilding of five bridges. This section of line is now also operational.

In September 2013, a Gala weekend at Robertsbridge marked the progress to date and the start of the next phase – the re-instatement of the section between Northbridge Street and Junction Road.

The most recent element of the project and still ongoing, is the new station being constructed at Robertsbridge, and known as Robertsbridge Junction Station. This includes a station building historically styled with modern facilities, a platform of sufficient length to handle the longest trains from the Tenterden end of the line, a carriage shed, locomotive shed, signal box, water tower and water crane. 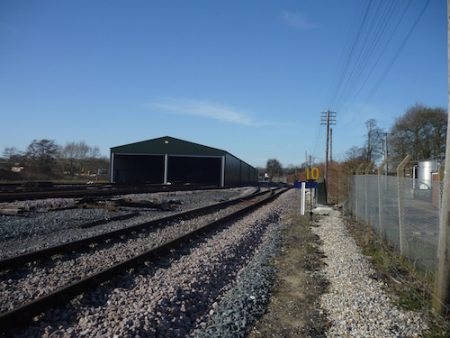 Gardner Crawley said: “The new station platform has been constructed and we have laid both the track and foundations for the new buildings. We also recently connected the line with the Network Rail System, with this work being carried out in phases and still ongoing.

“The first phase of work included installing the points and the next phase involves re-laying the sidings, which is being carried out in a joint venture between ourselves and Network Rail. All the track work is done by volunteers.”

“Another recent element of the scheme is the construction of a carriage storage shed for Kent and East Sussex Railway at Rolvenden. The building is capable of accommodating four five coach trains and protecting them from damage by the weather. This £500,000 project was funded and project managed by Rother Valley Railway, using Kent and East Sussex Railway volunteers to carry out all the track work,” he added.

In order to accommodate this large 120 m long by 18m wide building, the operating line past the shed had to be slewed by several metres and realigned into the station area.

Preliminary work included the installation of drainage via swales to a storage lagoon. The site was levelled and a subbase of crushed concrete laid, followed by the first layer of ballast. This provided a sound working surface to the shed erection. 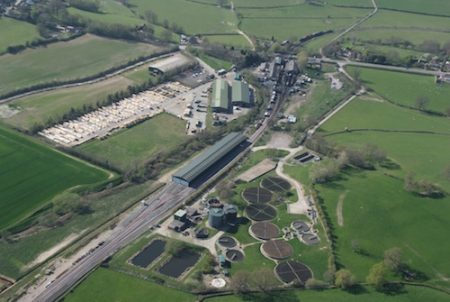 This steel framed shed, with roller shutter doors is ventilated at ground level to allow for air circulation, and is clad in attractive green sheeting to blend in with the adjacent countryside as part of the planning requirement.

Planning permission for the next phase of work between North Street and Junction Road involving track laying, together with the provision of three level crossings and replacement bridges, is due to go before the Rother District Council Planning Committee in late summer.

“We are pleased with the progress of what has been a difficult and challenging project, and we are fortunate in that we have a number of private benefactors providing funding and many volunteers – some of them working in the railway industry – who freely give their time and expertise,” said Gardner Crawley.

Scorpion is a leader in the design and quality construction of steel framed buildings for a number of sectors. The firm has been in business for more than 40 years and since its inception has established a loyal and progressive customer base with many of the firms innovations emanating from customer led requirements.

The firm has worked on the Kent and East Sussex Railway (KESR) station with Raymond Brown as well as on other railway buildings in Hampshire. Scorpion have also been involved in the construction of an array of structures from breweries to aircraft hangars.

Scorpion were involved with the Rolvenden Station building from the initial design of the building to the actual construction of the steel frame and then the cladding for the roof and sides. Scorpion Projects Director Lee Parry commented:

“We were pleased to work on such an interesting project with an excellent charitable organisation and to develop our relationship with the rail industry. At Scorpion, we pride ourselves on the quality of our buildings and our attention to detail. The quality of each component, from the galvanized frame to the smallest tech screw, means that a Scorpion building looks as good after ten years as on the day it was built.”

Recent projects for Bakerail Services Ltd have included the Plumstead project for Crossrail, as well as the Rother Valley Railway project. Working on the Rother Valley Railway project, Bakerail Services Ltd was responsible for sourcing and locating a set of points, installing the Network Rail connection system at Robertsbridge Junction, writing a method statement, managing the sponsorship of staff and overseeing all on-site safety arrangements.

“I remember the railway as a child, mostly as a derelict railway. I’ve always had an affinity for the Southern Railway branches in this area, so when we were asked to take part in this project we said ‘certainly’!”