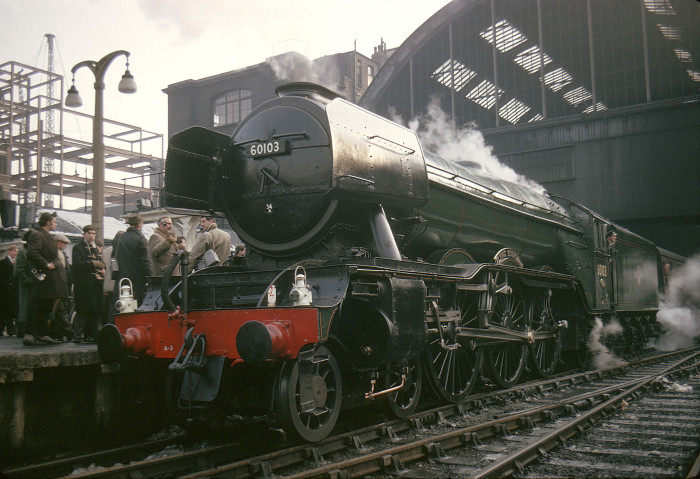 Virgin Trains welcomed two famous historical locomotives, the Flying Scotsman and the Royal Scot at two of its stations along the West Coast Mainline on Saturday 6 February.

The Flying Scotsman was the first locomotive to reach 100mph in 1934 and made its mainline test run to Carlisle, whilst Royal Scot began its first run on the mainline in 50 years at Crewe.

The Flying Scotsman hauled the Winter Cumbrian Mountain Express train on its journey from Carnforth to Carlisle, where it was met by the Virgin Trains station team and rail enthusiasts.

The Virgin Trains team at Crewe waved off passengers of the North Wales Coast Express train pulled by the Royal Scot, which steamed from Crewe to Holyhead, along the North Wales route.

Gary Iddon, General Manager at Virgin Trains, said: “It has been fantastic to play a part in this historical day to welcome back both the Flying Scotsman and the Royal Scot. Having the chance to see two legendary locomotives on the West Coast Mainline is something the Virgin Trains teams at Carlisle and Crewe will never forget. We had a great time greeting the lucky passengers at our stations.”

Jeremy Hosking, Chairman of The Royal Scot Trust, commenting on Royal Scot, said: “After 50 years away from the mainline at last we have the privilege of bringing this superb locomotive back to do the work she was designed to do. We are glad so many people came out to celebrate with us on the day.”

Nigel Dobbing, Managing Director of The Railway Touring Company, said: “The Flying Scotsman is the sole survivor of Sir Nigel Greasley’s A3 class of locomotives and famous the world over so we are very excited that our ‘Winter Cumbrian Mountain Express’ day tour was chosen for the mainline test. It was also a great honour to have, on the same day, another great favourite, Royal Scot, making her mainline debut hauling our ‘North Wales Coast Express’.”