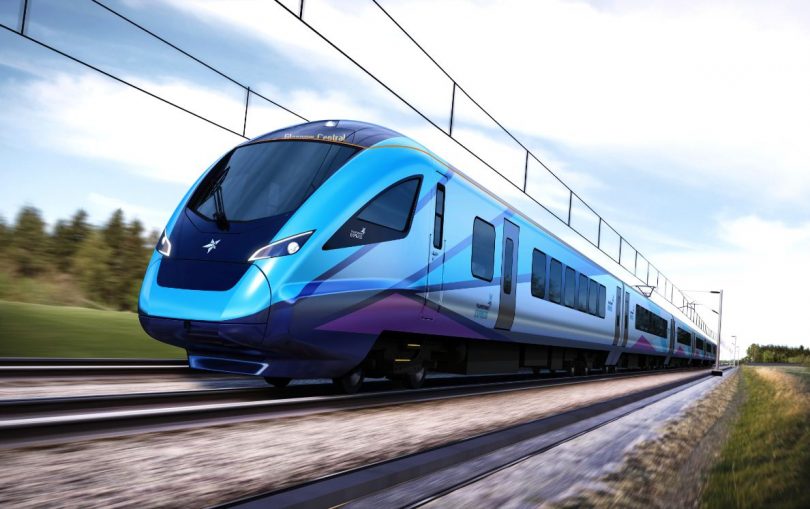 TransPennine Express (TPE), the intercity rail operator for the North and Scotland has announced the purchase of a further 126 brand new carriages.

TPE will deliver an investment of more than £230m in 25 brand new five-carriage trains which will be in service across the network by 2019.

The new franchise began on 1 April 2016 with a commitment to invest more than £500m in the rail network and the announcement follows an earlier agreement to buy 19 new five-carriage bi-mode (capable of operating by diesel and electric power) trains from northern based manufacturer, Hitachi Rail Europe.

The new train fleets will provide an extra 13m seats a year, which is enough to fill the Old Trafford stadium more than 150 times.

The agreement will see the introduction of two new fleets, which are 12 five-carriage Civity UK InterCity electric trains financed by Eversholt Rail and 13 sets of five-car InterCity carriages financed by Beacon Rail Leasing.

In total, the 44 brand new state of the art trains will supplement TPE’s current fleet and will more than double capacity on all intercity routes across the North and into Scotland, by 2019. The vast majority of services will operate with at least five carriages as opposed to the current three.

TPE’s Managing Director, Leo Goodwin said: “This is great news for our customers and we are delighted to have concluded the deals that will bring much needed and much wanted extra carriages across our network.

“This will enable us to transform the customer experience over the life of our franchise and our three new train fleets will form a key part of this improvement.

“Whether travelling to work, for business or leisure, our services are going to offer more seats, improved connectivity and a higher standard of comfort. The on-board experience will be second to none and we will provide customers with a real alternative to the car and congested road network.”

Investment in new fleets will mean every train operated by TPE by will have; free Wi-Fi and media servers allowing customers to stream TV shows, films and entertainment, advanced on-board customer information, modern interior with spacious seating, air conditioning and power sockets at every seat.

The new trains will allow services to operate at speeds of up to 125mph, cutting the journey times between key towns and cities across our regions.

“We need a lot more capacity with new routes and additional journey opportunities, seven days a week. Passengers want an end to overcrowding and an improved travel experience.

“This commitment from TPE to introduce another, much needed, 25 brand new trains will help to deliver on these requirements. The capacity improvement on state of the art, intercity standard trains is exactly what is needed and will help drive the North forward, supporting improved connectivity across the region.”

The bi-mode AT300 trains will be built in County Durham by Hitachi Rail Europe.

CAF already provides trains for other operators across Europe and is currently manufacturing fleets for the Caledonian Sleeper and Arriva Northern franchises.

The Class 68 diesel locomotives that will haul our new InterCity carriages between Liverpool and Newcastle are owned by Beacon Rail and will be leased from Direct Rail Services (DRS).

Most of the required Class 68 engines are already built and by buying state of the art carriages to be pulled by these engines, much needed additional capacity can be introduced quickly to the network.

CAF will provide technical support and spares for both fleets. Maintenance will be undertaken by Alstom at its facilities at Longsight (Manchester), Edge Hill (Liverpool) and Polmadie (Glasgow).

Antonio Campos, CAF, S.A. International Commercial Director for Western Europe said: “I am delighted to work with FirstGroup to provide new modern and comfortable trains for the North of England. This is a fantastic opportunity for CAF to strengthen its presence in this region and consolidate its position as one of the leading manufacturers of trains for the UK market. We are delighted to have our total product range such as the Sleepers, Coaches, EMUs, DMUs and Trams operating throughout the UK rail network.”

Richard Garner, CAF. S.A. Business Development Director for UK and Ireland said: “Following on from CAF’s recent order for the supply of 281 passenger carriages to Arriva Rail North, this order reinforces CAF’s presence in Northern England. These new contracts further support the economy of the Northern Powerhouse including the creation of 50 new jobs. CAF will invest in a new central logistics hub and as an established supplier into the UK market; CAF now has a solid economic basis for further increasing its footprint in the UK.”

Mary Kenny, Chief Executive Officer of Eversholt Rail Group, said: “Eversholt Rail is delighted to be supporting this expansion of the TransPennine Express network by investing £120m in its new fleet of CAF Civity trains. These trains will bring major improvements for passengers on services between Manchester and Scotland.  We look forward to working closely with our partners to introduce the new fleet into service over the next three years.”

Ted Gaffney, Chief Executive Officer of Beacon, said: “Beacon is very pleased to provide a locomotive hauled coach solution to TransPennine Express.  This transaction is in line with our strategy,growth ambitions, and our commitment to providing state of the art rolling stock to the UK market.”

Chris Connelly, Commercial and Business Development Director of DRS said: “DRS are delighted to be part of this exciting venture. With unmatched environmental credentials the   Class 68 locomotive is already delivering industry leading levels of performance, reliability and fuel efficiency.  We are proud that these highly innovative locomotives together with our team of technical experts will be supporting TPE in delivering an exceptional product to the customer.”

Henrik Anderberg, Acting MD Alstom UK & Ireland, said: “This is an exciting day, not just for rail users, but for everyone interested in the jobs and apprenticeships this contract will allow Alstom to create. We are a world expert in train maintenance. Most famously in the UK we look after the Pendolino trains we built for Virgin’s West Coast service, but we also maintain a whole range of trains built by other companies worldwide. Now, with this contract, and our Widnes Technology Centre and Training Academy that received planning permission last week, Alstom can deliver another 25 new permanent jobs, and a whole host of training and apprenticeship opportunities for local people.”