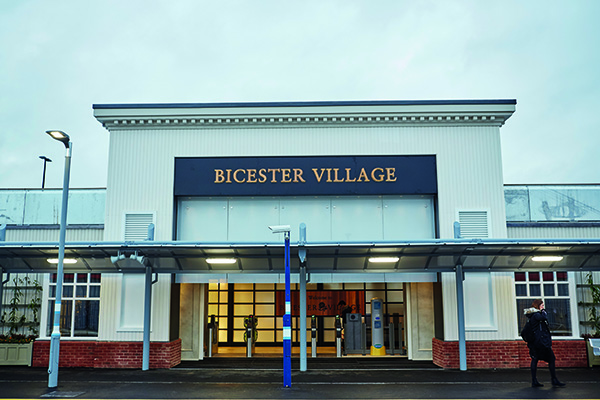 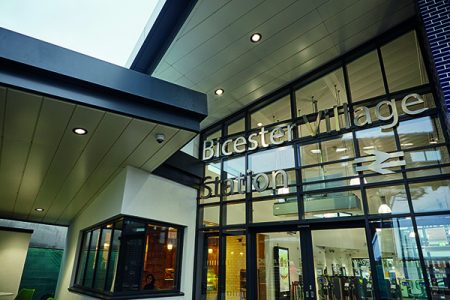 In October 2015 Chiltern Railways launched its new service into London, connecting Oxford with the capital, following a unique £130m investment by the franchise operator as part of a £320m total investment with partner Network Rail. The new rail link to London – the first from a major British city in more than 100 years – serves new stations at Oxford Parkway and Bicester Village.

The station at Bicester Village creates a direct connection to the shopping destination from London for the first time, enabling many of the 6.3 million shoppers who visit each year to reach the popular retail destination from just 46 minutes from Marylebone.

Chiltern’s service offers Oxford commuters an alternative to travelling into London via Reading and Paddington and is expected to attract an additional 250,000 return commuter journeys each year. It is a rare example of direct competition on Britain’s railways. The company will extend the route and launch services to London Marylebone from Oxford city centre in December 2016.

Oxford Parkway was designed and constructed on the outskirts of Oxford explicitly to be attractive to motorists, making it easy to take cars off the road. Immediately adjacent to the congested A34, it is close to the A40 and A44 trunk roads and has 1,500 car parking spaces at the site.

Stephen Barker, Acting Business Development Director at Chiltern Railways said: “I got involved in 2008 when we started the process of getting the approval to rebuild the railway. We closed the existing railway from February 2014 and reopened in October 2015. During the closure we provided a special replacement bus service, with space for cycles as cycling is such a big part of Oxford life.”

The service offers two trains per hour throughout the day between Oxford Parkway and Bicester Village station and London with journey times to the capital from around an hour.

Chiltern Railways Managing Director, Dave Penney said: “Our significant and unique investment will be economically advantageous for the regional economy creating competition in the rail market between Oxford and London, as well as delivering the first new service between a major British city and London for over 100 years. Passengers are at the heart of every decision we make at Chiltern Railways, which is why we conceived this new line to link London, Oxford and Bicester Village for the benefit of shoppers and commuters.”

Mark Carne, Chief Executive of Network Rail said: “Investing in new rail links and train stations boosts the economy, providing opportunities for new housing and more jobs. By working closely with Chiltern Railways on this part of our Railway Upgrade Plan we have been able to deliver precisely what its customers want – a much needed new transport option for Oxford based business and leisure travellers to London. It will also help provide the capacity needed as rail travel is forecast to double over the next two decades.” 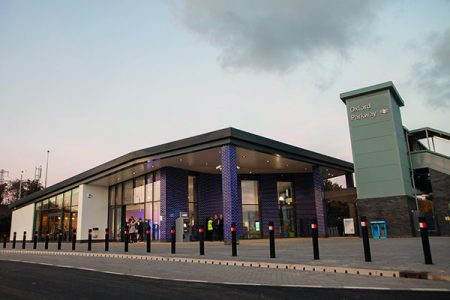 Under the agreement, Network Rail will provide the capital for the upgrade and recover this through a facility charge over the next 30 years, payable by the existing Chiltern Railways franchise and by subsequent franchisees.

Desirée Bollier, Chief Executive of Value Retail Management who runs Bicester Village said: “We are delighted that the new Bicester Village Station is open. The station is a great opportunity for many more visitors to discover the village and the surrounding region by train. This is an exciting milestone in our continued partnership with Chiltern Railways.”

Stephen concluded: “The feedback has been incredibly positive. Customers like the bright, clean, modern station building we have at Bicester and also liked the way we have it staffed. We have dispensed with the conventional booking office and brought staff out into the station to engage with customers. Our team are there to greet people and help them with whatever they need.

“It is quite a special project to me because I have been working on it continuously since 2008 and was involved with some of the initial work that was done in 2002, so really I have seen the project develop from its inception to its current fully formed state. Seeing the stations open and the passengers use them provides us with a great sense of satisfaction. Having sat there with a pile of paper and sketches and thinking about what we could do, to seeing it in use is really quite special.”