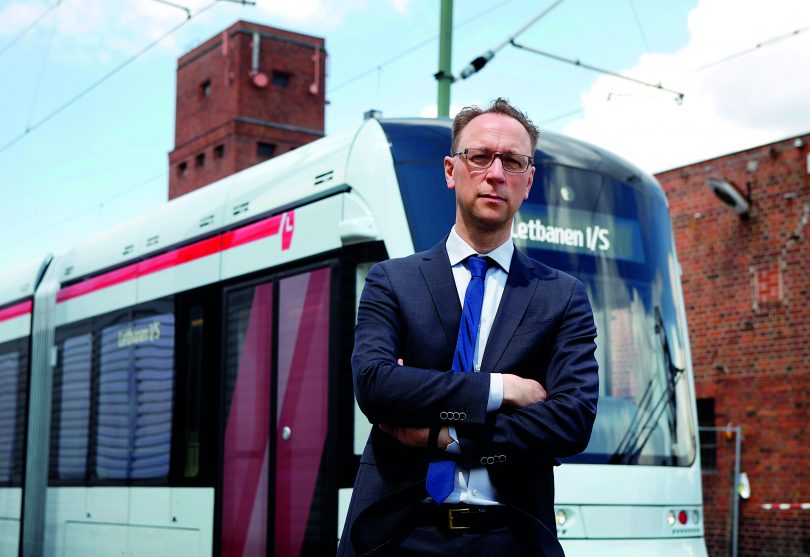 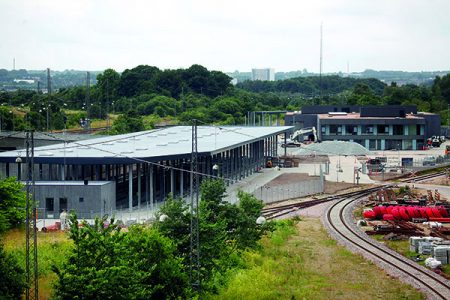 The first light rail project in Denmark, the Aarhus Light Rail Project or Aarhus Letbane will introduce a new multi-million euro tram-train system in Aarhus, which will bring major benefits to the country’s second largest city.

The project has been under construction since September 2013 and the line is due to open in 2017, when the city of Aarhus will be European Capital of Culture.

Aarhus Letbane Managing Director, Claus Rehfeld Moshoj commented: “The city of Aarhus is evolving into a city region, with high growth and a high level of economic integration. As a consequence, the region needs the urban transport backbone provided by the Light Rail system.

“The project will limit the growth in car traffic and increase mobility for people around the lines. It will also strengthen Aarhus as an already important economic centre in Denmark.

“We can see the effects that the new Light Rail service will have on the city already. The real estate market has already adapted to a system that will not open until 2017. Aarhus will never be the same again – the Light Rail is a game changer for the city and the region.”

Aarhus Letbane signed a €292m turnkey contract with German-Italian consortium of Stadler Pankow and Ansaldo STS to build and equip the Phase 1 of the project. Stadler Pankow will supply the rolling stock, while Ansaldo STS is responsible for providing infrastructure including rails, overhead signalling, and control and maintenance centre.

Involving approximately 110km of light rail line serving 51 stops in the Aarhus area, Phase 1 includes the construction of a 12 km double-track tramway running from Aarhus H station, along Randersvej via the University Hospital in Skejby and the Lisbjerg development area to Lystrup. At both ends the new line will connect to the local railways creating a total of 103 km light rail.

In addition, two existing local lines are being converted for LRT (Light Rail Transit) operation without changing their alignment. These are the 70km line stretching from the city’s main rail station Aarhus Hovedbanegård (Aarhus H) north of the city to Grenaa, and the 30km line running south of the city to Odder. Both the lines will be upgraded and electrified as part of the project.

The adjustment of the existing local railway lines includes commissioning of light rail trains, relocation of 91 km of tracks and refurbishment of Aarhus station.

Phase 1 will use 32 existing stops and add 19 new stops along the route, and park and ride facilities near major stops will be refurbished. The length of the new light rail platforms being constructed is approximately 140m.

Further works include 19 civil works contracts ranging from bridge construction and line foundations, which were awarded to predominately Danish companies. 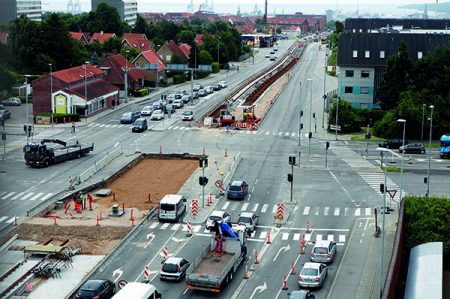 Two new tunnels between Aarhus University and Aarhus University Hospital in Norrebrogade have also been constructed, and Randers Way and Norrebro Street have been reduced in size to create space in between for the new double-track LRT line.

The project also involves construction of eight bridges on the new line and a bridge over Egaa valley Egådalen, measuring 347m in length and 17m in width, is the largest bridge built as part of the project.

One of the project’s main objectives is to cut traffic congestion in areas with high population growth. Aarhus is Scandinavia’s second most congested city and light rail is considered essential to alleviate traffic problems as well as support growth across the greater Aarhus region.

Another important consideration is that a light rail system will be less harmful to the environment than a proportionate increase in road traffic. As it is driven by electricity, the system has the capacity to reduce energy consumption, noise, and air pollution.

To this end, the Aarhus Light Rail Project is estimated to contribute 47GW of annual energy savings and reduce 7,300t of CO² emissions each year.

In addition, the new light rail trains are powered by the Danish Electricity Grid, which generates 39 per cent of its power from wind turbines.

The light rail system will therefore make a substantial contribution to Aarhus’s ambition to become CO2 neutral by 2030.

The system is also expected to boost the development of existing parts of the city that the route passes through.

According to Claus Rehfeld Moshoj, major challenges of the project include the fact that part of the scheme involves a green field turnkey delivery of a full light rail system, as well as dealing with the complexities of transforming the city’s existing rail provision into a light rail structure.

He added: “For our international contractors, our local traditions, legislation and authorities are also a challenge, however we are helping them as best we can. It takes time to build good working relationships and trust locally.”

Another challenge of the project is to create a balance between light rail, dense urban infrastructure and other transport modes in the city, and to incorporate light rail alignment in the constricted urban space and narrow streets.

Once the new light rail service is operational, it is expected that 39,000 passengers will use it daily.

Claus Rehfeld Moshoj concluded: “Currently the project is on schedule and budget – although we are now in the last 12 months of the scheme – and that is always a critical phase.

“The contract team are a competent and professional consortium that is solution-oriented. We have spent time on maintaining high quality and an open dialogue.”

Stage 2 of the project will be split into two elements: The first involves a further integration of the regional lines connecting the surrounding cities closer to Aarhus, with the second element comprising the construction of a local line which will reinvigorate a troubled area and extend the reach of the service from the city centre.