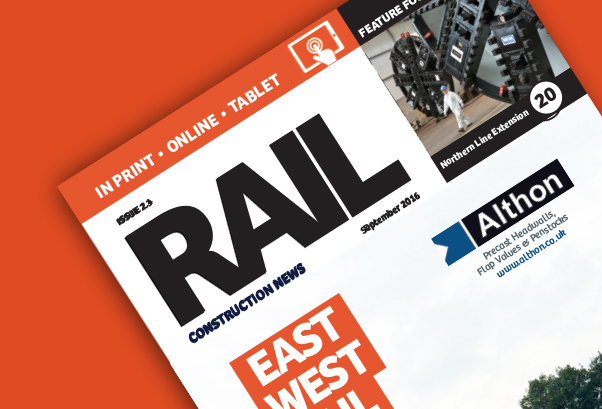 This Month in Rail Construction News 2.4

In this month’s edition of Rail Construction News, we feature the Northern Line extension project; we preview Railtex 2017; we take a look at the latest developments with Crossrail, including Ilford Station and the arrival of Abbey Wood Station; and we unveil the winners of the National Rail Awards 2016.

It is all go for the extension of the Northern line to regeneration hotspot Battersea, which is targeted for completion in 2020. The Underground station will be located by Prospect Place at Battersea Power Station, where alighting passengers will be welcomed by one of its most salient buildings. In addition, a new Tube station is also being built at Nine Elms serving new developments such as the US Embassy and the redevelopment of Covent Garden Market, as well as existing communities. The extension will lengthen the Charing Cross branch of the Northern line from Kennington to Battersea, with the overall aim to support the regeneration of the Vauxhall, Nine Elms and Battersea areas.

Meanwhile, Railtex 2017 is heading to the National Exhibition Centre, Birmingham 2017 from 9th to 11th May. Set against a background of continuing high levels of investment in the UK in both railway infrastructure and rolling stock fleets, the show will again be the all-encompassing showcase for technological innovation across all sectors of the supply market.

Designed to transform rail transport across London, Crossrail is a £14.8bn project that covers 38 designated stations with the aim of increasing capacity, supporting regeneration and cutting journey times. Once completed in 2018, nine new stations will have been created as part of the project. In this issue we take a look at two of the latest developments: Ilford Station and Abbey Wood – a new, landmark station.

And finally, the winners of the National Rail Awards 2016 have been announced. The awards – which recognise the greatest achievements in the rail industry – were announced on September 22nd at a special event at the Grosvenor House Hotel in Park Lane, London.